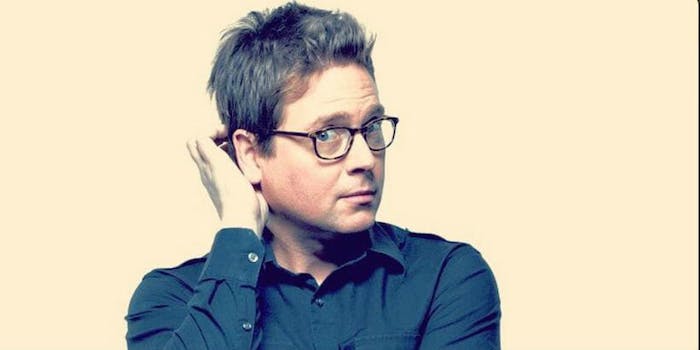 Co-founder Biz Stone returns to Twitter, and no one really knows what he’s doing

Stone has his work cut out for him.

Biz Stone, one of the four co-founders of Twitter, announced Tuesday he will be returning to the company after a six-year hiatus.

Stone has his work cut out for him. Twitter’s shares continue to plummet, harassment and abuse remain a major concern on the platform, and its user base is losing ground to the competition. The platform also lost a deal with the NFL to Amazon, and a mass exodus of top executives has made a comeback all the more difficult.

Stone’s announcement, which came in the form of a blog on Medium (a company he helped create), increased Twitter’s stock to a six-month high—a drop of good news.

What exactly will Biz Stone do at Twitter? That remains up for interpretation thanks to a vague reintroduction to the company. Stone says his top focus will be to, “guide the company culture, that energy, that feeling… I’ll shape the experience internally so it’s also felt outside the company.” According to Recode, he’ll report to Twitter CMO Leslie Berland and “help with internal communications and morale at the company.”

This sounds a lot like his role during the early days at Twitter, when he was the company’s spokesperson, and what some consider its “internal leader.” It’s not clear how that role will help fix some of the crucial social and financial problems Twitter finds itself up against, but there are reasons to believe the co-founder can help right the slowly sinking ship.

Stone is also familiar with the “product,” and can help bring Twitter back to its glory days when it was considered a real competitor to Facebook.

“There’s something about the personality of a company that comes from the folks who start it. There’s a special feeling they bring with them,” Stone wrote in his Medium post.

On the flip side, Stone created the poorly received online search engine Jelly, which was recently sold to Pinterest for pocket change. And as competitors from Facebook, Snapchat, and Instagram continue to grow, it’s hard to imagine a boost of morale within the company will mark the turning point for Twitter.

But if filling the “Biz-sized hole” means keeping talent in the company, Twitter may finally have a chance to gain momentum after a surprisingly strong first quarter.