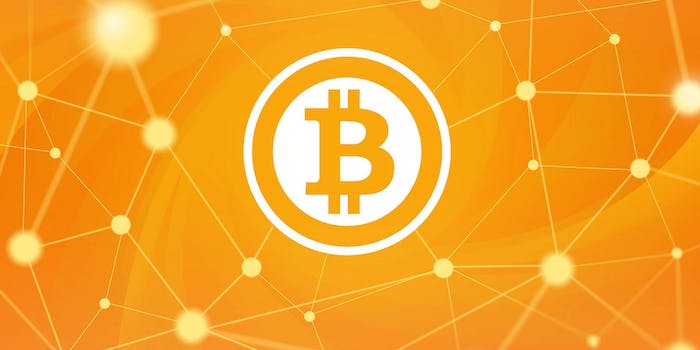 If Bitcoin is going to survive, it’s going to have to navigate some seriously choppy waters.

On Wednesday, the Bitcoin Foundation, the nonprofit public face of the United States Bitcoin community, released a report detailing a laundry list of potential threats that could stymie the development of the cryptocurrency from virtually every angle. The most likely threat to Bitcoin? Your trust.

The study was put together by the Bitcoin Foundation’s Jim Harper, who previously worked at the conservative Cato Institute and served as a lobbyist for PayPal. Harper joined the organization in a public policy-focused role last month.

Harper’s risk analysis looks at both the likelihood and potential severity of a litany of issues facing Bitcoin. It was compiled through a series of interviews with many of the most important and influential names in the world of virtual currencies. If nothing else, the study takes the temperature of people who are deeply immersed with cryptocurrency issues on a daily basis on what they’re currently worrying about.

The study divided up all of the threats to Bitcoin into roughly a dozen categories, ranging from legal roadblocks to greater adoption on the part of individuals and businesses to issues relating to Bitcoin mining and the currency’s integration into the global financial system. Using a rubric that rated each threat on its likelihood of occurring and how severe of a problem it would be if it happened, Harper was able to identify what the respondents saw as the biggest risks to the long-term survival of the open-source virtual currency.

On the technical side, the threats viewed as the most extreme, the ones falling into what Harper defined as the ?red zone,” are the possibility of a major bug existing within the Bitcoin protocol as well as handful of concerns about Bitcoin mining—the process by which transactions are processed across the Bitcoin network and new coins are created. Fears about mining primarily boiled down to it becoming so expensive and technically difficult that all but a very small cadre of specialists are shut out of the process entirely. This situation could result in someone conducting what’s called a “51 percent attack,” where a miner (or collection of miners) boasting over half of the mining power on the network use that power to get away with shenanigans like spending a single bitcoin multiple times or invalidating transactions conducted by others.

Some of the ?red zone” issues identified in the study include banks deeming Bitcoin activity too risky and then closing the accounts of heavy Bitcoin users, a government deciding to produce its own digital currency, and government agencies requiring the strict reporting of all Bitcoin payments for tax purposes.

?Banks’ refusal to deal with Bitcoin is a prominent threat, both likely and consequential,” Harper wrote. ?Indeed, it is the top threat based on the simple formula of multiplying likelihood and consequence together.”

Other potential business-related problems include government regulation raising the cost of exchanging Bitcoin for hard currency, speculators inflating the price of Bitcoin to unwieldy levels, hacking attacks leveled against Bitcoin businesses, and a general sense that the bad reputation of virtual currencies could simply scare customers away from businesses that deal in Bitcoin and those businesses ditching the currency as a result.

Similarly, the survey found that threats to consumer acceptance of Bitcoin were also plentiful: too few businesses deciding to accept Bitcoin, Bitcoin’s price volatility making potential investors nervous, widespread theft making it appear that Bitcoins held by a third-party financial institution could disappear at any moment, as well as politicians and members of the media demonizing Bitcoin as a vehicle for dealing in illegal narcotics, gambling, and child pornography.

Interestingly, the probability that governments around the world would impose blanket bans on the use of Bitcoin was seen as neither especially likely nor consequential.

Harper argued that the best way to deal with most of these issues is to ensure that Bitcoin is integrated into existing governmental and financial power structures in a way that validates Bitcoin’s legitimacy and soothes the fears the public without placing undue burdens on the people and organizations that transact using the currency.

?Banks and other financial services providers are well positioned to provide a broad interface between Bitcoin and traditional money systems,” Harper wrote. ?Their doing so would produce tremendous gains in adoption. They presently appear reluctant to provide services to Bitcoin businesses or to provide Bitcoin services themselves.”

He added that the Bitcoin ecosystem could benefit from some form of government regulations, but urged legislators to proceed with caution when determining precisely what shape those regulations will take. ?Early, uninformed policymaker commentary on Bitcoin should give way to the sensible, thought-through regulations that protect consumers while embracing Bitcoin’s benefits,” Harper insisted. ?The Bitcoin ecosystem will benefit from clear, fair, and predictable tax rules that treat Bitcoin equally to other systems for transmitting and storing value.”

Ultimately, it appears to come down to the issue of perception. If people see Bitcoin as something useful, safe, and relatively simple, there’s no reason to think that greater adoption won’t necessarily follow, the study found. However, if the currency is seen as the confusing, risky province of drug dealers and child pornographers, odds are pretty good that it’s headed for the technological scrap heap.

Photo by Jason Benjamin/Flickr (CC BY 2.0)