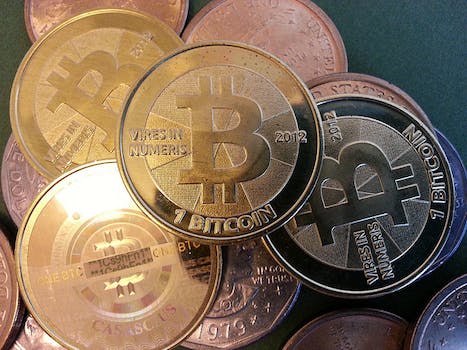 A software issue temporarily caused confusion about which Bitcoins were valid, leading some Bitcoin owners to dump their holdings of the virtual currency.

A glitch in the computer network responsible for the generation of Bitcoin briefly shut down trading and caused a sell-off Monday evening.

The decentralized, online currency’s price against the dollar fell about 23 percent to a price of $37 after a software update caused some confusion about which Bitcoins were and were not valid. The currency has since regained much of its value, trading at around $43 Tuesday morning.

The glitch occurred in what what is known as the blockchain. It’s the core of the Bitcoin network where shared transactions are registered. In this network, every 10 minutes, a new block is created containing a record of all Bitcoin transactions that have occurred since the previous block’s generation. The blocks are created automatically by the Bitcoin network and nodes, also know as “miners,” race to decode this new block and report the next official entry in the block chain.

Agreement over what these blocks represent is crucial for the functioning of Bitcoin, digital cash that exist only in the virtual world and has no central issuing agency.

On Monday evening, a block was produced that the latest 0.8 version of the Bitcoin software recognized as valid, but that nodes running the older 0.7 software did not recognize. The incosistency caused a brief bit of confusion and precipitated the sell-off.

“If this is a widespread problem, it is an emergency,” wrote Bitcoin Developer developer Pieter Wuille in a message to other miners. “We risk having (several) forked chains with smaller blocks, which are accepted by 0.7 nodes.”

The brief crisis was a notable setback for a currency that has seemed unstoppable in recent months. Before the crisis, Bitcoin was trading at around $48—nearly four times what it was worth in January.


The panic and sell-off gets at the heart of one of the major concerns critics have of Bitcoin: that an all-digital currency is just as susceptible to viruses and glitches as any other computer program.

“Bitcoins aren’t secure, as both the recent theft and this password problem show,” wrote Forbes Magazine contributor Tim Worstall shortly after a 2011 Bitcoin crash that was triggered by a security compromise of the Bitcoin exchange itself.

“They’re not liquid, nor a store of value, as the price collapse shows and if they’re none of those things then they’ll not be a great medium of exchange either as who would want to accept them?”

But Bitcoin’s fervid supporters are quick to distinguish Monday’s panic from the 2011 collapse. Jon Holmquist of Bitcoinstore.com told the Daily Dot that the Bitcoin network’s response to the glitch is a sign of the currency’s strength.

“I think people panic sold,” Holmquist said. “The price recovered quickly enough. Someone got some cheap coins out of it. I think people were more worried about this situation because it is something that is totally new in Bitcoin. But thanks to the Dev Team and the community, we weathered the storm with barely a scratch. I think if anything this situation has proven that the community can, and will, be able to tackle and future problems Bitcoin has, if any.”