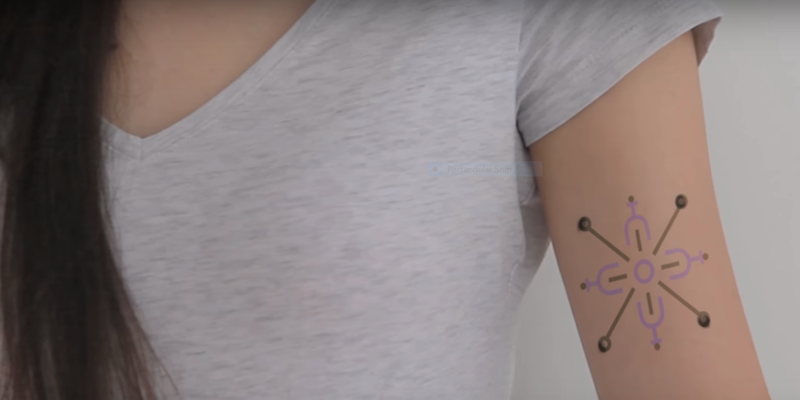 This tattoo ink could be the future of healthcare

This could be a life-changer for diabetics.

You already wear a wristband that monitors your heart rate and activity levels, but what if the next trend in wearables were a little more permanent?

Researchers at Harvard and MIT teamed up to create a biosensitive tattoo ink that will change colors if the person is dehydrated or experiencing off-nominal blood sugar levels. In the video below, you can see preliminary tests of the technology on pig skin, which closely approximates human skin.

While the cutting-edge wearable technology would have many perks—including not being constrained by battery failures—it’s not quite ready for prime time yet. Postdoctoral fellow Nan Jiang concedes the new inks need better stabilization so as not to diffuse or fade too much. Furthermore, the application raises some ethical concerns that should be broached before a wide-scale release, “such as people’s willingness to have health information displayed for all to see.”

This isn’t the first time a group has investigated biohacking through tattoos: In 2015, Tech Tats promised similar sensor technology without all the permanence. Harvard’s Dermal Abyss project takes that one step further with embedded biosensors.

A few years ago, 25 percent of polled adults said they were willing to get a brain implant for internet access, so practical applications of these tattooed technologies may not be so far-fetched as they sound.