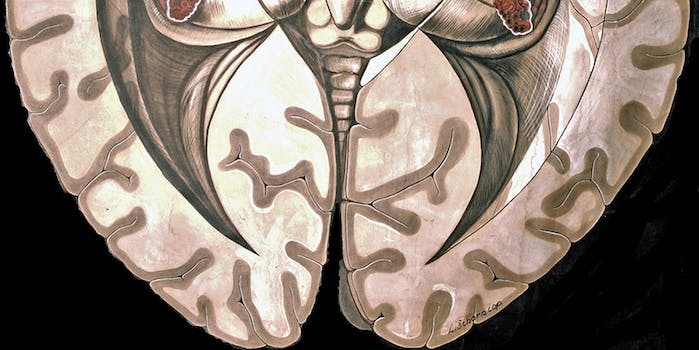 A surprising number of adults are open to brain chip implants

If you could implant a microchip in your head to get continuous access to the Internet and all things digital, would you? One in four Americans would, according to new data from communications and strategy firm Vrge.

It seems like an idea straight out of science fiction that usually completely backfires, and while there’s certainly no brain implant that can control Internet access available to the public today, the possibility does underscore our complete dependence on wireless technology and how addicted people are to staying connected to the world at all times.

Vrge polled 1,002 adults across the U.S., and discovered that a full 25 percent would be willing to safely implant a chip in their brains to get Internet access—compared to just 11 percent from a similar poll in 2008. And apparently men are much more open to the idea. Thirty-five percent of men would be down for the procedure, but only 15 percent of women said the same.

Already people are experimenting with their bodies to figure out how censors, magnets, RFID chips, and other technology can track and store data to augment the human body. Grindhouse Wetware, for instance, is one of the most popular biohacking groups, and the hackers and engineers involved create open-source technologies for hacking the body that can be placed under the skin. Others, like salesman Rich Lee, are implanting technology in more private parts of the body an attempt to have better sex.

Some scientists are already thinking about Internet-connected brains—much the same way our phones have limitless access to the Web at our fingertips, implantable brain chips could do the same for the entirety of our bodies.

It’s an idea that Anders Sandberg, a neuroscientist and transhumanist at Oxford’s Future of Humanity Institute, thinks is possible far in the future, The Atlantic reported. In theory, not only could you have access to the entire Web, but also connect to other people’s brains via wireless chips. It’s similar to the idea the “borgs” had at MIT in the 1990s—the pioneers of wearable computing who eventually went on to work for Google—who thought the Internet and people’s collective memories and interests could be shared through wearable devices.

Bodyhackers’ primary goals aren’t necessarily to be connected to the Internet forever, but rather to enhance their bodies with digital technologies that already exist, but Vrge’s poll numbers show that a growing number of people are more open to the idea of becoming one with technology.

Interestingly, while some study participants are willing to amplify their brains with chips, many of them also think new technologies are focused on more privileged users. Forty three percent said new technologies make “lives of the rich easier and better,” while only 35 percent said tech is “bridging the gap between the rich and the poor.” Young people aged 18 to 24 are even more convinced technology is built for more privileged people—a full 52 percent.

Of course, brain chips may or may not be a part of the far-distant future, and they would undoubtedly be subject to the same privacy and policy issues that our mobile devices and online data already face. And while technologies like Google Glass that push data directly into our eyeballs are still so controversial, head implants are a far-off pipe dream, but our addiction to the Internet and our willingness to do almost anything to get it almost certainly is not.