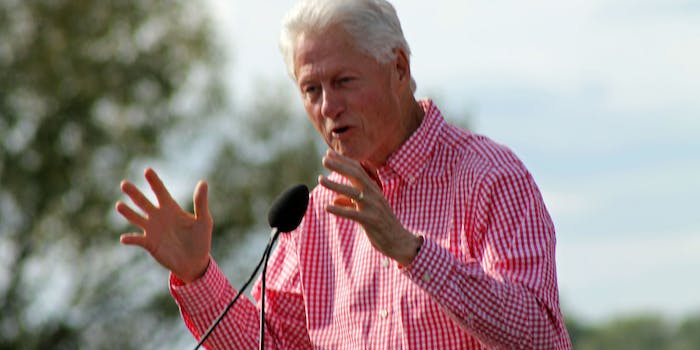 Even before Bill Clinton’s claims that he “did not have sexual relations with that woman” were revealed to be a big ol’ fib, the 42nd U.S. president had a bit of a womanizing reputation.

Sixteen years later, and turns out he’s apparently still at it: A photo recently posted to Reddit by user dev27 shows Bill—totally unaware that a woman he’s standing by is taking a selfie—having a real good look. It’s not the first time the former commander in chief has been caught misbehaving on camera: Earlier this month he managed a spectacular photobomb on a sad little girl ahead of the midterm elections.

That shot was referred to as his “greatest campaign moment yet,” but this more recent photo faux pas is likely to provoke more disapproving reactions—not least from Hillary.