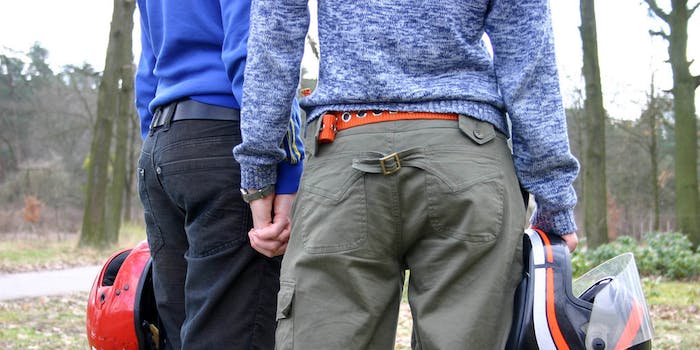 The unrest that continues to smolder in Baltimore in the wake of the death of Freddie Gray, a 25-year-old African-American man who suffered a fatal spinal injury while in police custody, inspired a lot of dumb takes. For evidence, just open up Facebook, scroll down the news feed until you see the a post about the riot, and then read all the comments.

I know, right? Hard to believe you went to elementary school with that horrible racist.

No matter how mind-numbingly awful the debate is on social media, leave to it our elected representatives to show what it looks like what a professional opinion-haver has a professionally terrible opinion.

During an interview on Tuesday’s Washington Watch, a podcast hosted by Family Research Council President Tony Perkins, Rep. Bill Flores (R-Texas) used the unrest in Baltimore as a way to argue against same-sex marriage.

“Let’s talk about poverty, for instance. The single best indicator of whether or not a child is going to be in poverty or not is whether or not they were raised by a two-parent household or a single parent household. So the breakdown of the family has contributed to poverty. Look at what is going on in Baltimore today. You see the issues that are raised there. Healthy marriages are the ones between a man and a woman because they can have a healthy family, and they can raise children in a way that’s best for their future, not only socially, but psychologically, economically, from a health perspective.”

“There is nothing like traditional marriage that does that for a child,” he continued. “Each of us have a mother and a father. There is no way to get around that.”

It’s just goes to show that, when all you have is a hammer, all of your problems start to look like the ominous specter of monogamous homosexual intercourse.