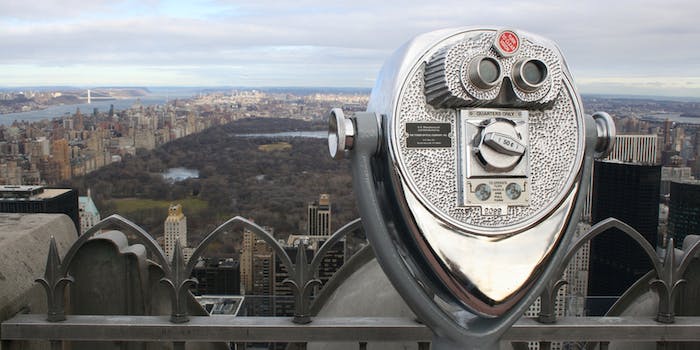 Having trouble searching for photos on Instagram? Try these apps

These apps make it easy to look up Instagram photos based on date and time.

Instagram’s search function is easy enough to use: You can type in a hashtag or username, and the app pulls up the corresponding photos and users. It works, but it’s limited. If you want to look up what happened at an event, but nobody attending hashtagged their photos, you’re out of luck.

Instagram should really improve its search function, but until it does, third-party apps are stepping up and filling in, like Pixifly. The new iOS photo search app lets Instagram users look up photos according to when and where they were taken. You can search based on location and time to pull up all the images taken around the vicinity. So if you heard about something interesting that took place and you can’t find any relevant hashtags, just type in the time and place that it happened and see if any photos crop up. Or if you’re just curious what’s going on around you at the moment, you can surface local photos as they load. Pixifly’s founder and CEO Adam Cooper finds it useful to get an on-the-ground perspective about events he hears about but can’t see; he told the Daily Dot that he used it in Houston a few weeks ago when he heard about a large fire. “I could get the on-the-ground perspective from the firefighters, from the people across the street. It allowed me to see what was going on in real time. And the same thing happened with the Kiev conflict,” he said, explaining he used his app to stay on top of the political crisis in Ukraine.

Pic A Moment works similarly, and throws in a news ticker that runs across the app and tells you notable historical moments that happened on the day you selected. While Pixifly can search back unti July 2013, Pic A Moment goes back to September 2013. So both apps are limited by their searchable time frames. But as time passes, the searchable archive will grow.

This might seem niche, but apps like Pixifly and Pic A Moment have a ton of applications. Journalists will want it because it can help them gain an understanding of events by looking at photos taken during them. It can show them images they might otherwise miss. These apps could also be tools for the police and investigators. For instance, during the Boston Marathon, right before the bombing, plenty of people had their smartphones out and took Instagram pictures. Some used hashtags, but many more did not. Time/date search apps makes it easy to pull up the non-hashagged Instagram photos taken that day. For investigators who wanted to look through media for evidence of what occurred, that would be a helpful tool.

And there are plenty of non-professional uses, too. Travelers in unfamiliar cities can use Pixifly and Pic A Moment to scope out a neighborhood, or decide whether that street festival is worth checking out. And even though Instagram is a young app, Pixifly and Pic A Moment can serve as little nostalgia vehicles. Want to know what your old college street looked like two summers ago? Now you can see it again through some random co-ed’s Kelvin-filtered pictures.

Pixifly and Pic A Moment are both pretty, easy-to-use apps, but they’re also reminders that Instagram should explore adding features more frequently. Forget Instagram Direct, I just want a better search tool! Instagram has not contacted either app yet, but it’d be a smart move to add the date/time search functionality to the native app. And maybe that will happen through an acquisition of one of these apps. “We complement the service, and we’re hoping for a partnership in the future, if they’re open to that,” Pixifly Cooper told the Daily Dot.

Photo via Flickr/Jeramy Jannene (CC BY 2.0)