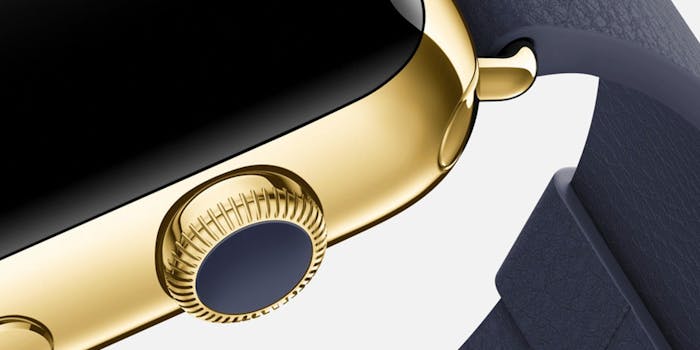 The best fake Apple Watches you can buy now

No patience and a moderately disposable income? Read on!

It’s been confirmed, Apple’s long-awaited Apple Watch is going to be released sometime in April. But that’s still at least two months away, which is a really long time. That’s like half an NFL season from now. That’s a summer at sleepaway camp away. That’s 448 hours of sleep between you and the best day of your life (assuming you get your eight hours). Imagine that many hours of sleep without waking up to the blissful sight of your Apple Watch sitting there on the nightstand, waiting for you.

So what options do we desperate Apple Watch-seekers have? Last month we reported on some of the knockoffs coming out of Shenzhen, China that were displayed prominently at CES. Today we’d like to expand on these options for those of you who just can’t wait. Sure, these aren’t “real” and they might not “work,” but at least you can lord your new prized object over anyone who’s been living under a rock for the past few months. The greatest part? These will all cost you just a fraction of the reported $350 starting price for the real thing.

Without further ado, are some of the fake Apple Watches you can buy now.

First on our list is this beauty from Shenzhen Magic Technology Co., Ltd. which sounds like a reputable company to me. You can purchase your very own for between $45 and $54 and have it way before April. 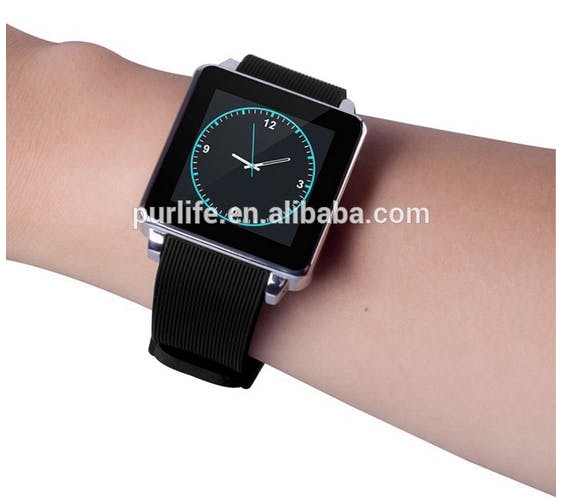 The catch? This coming from Alibaba, you will have to purchase between 50 and 5,000 of them. But hey, why wouldn’t you want that many? Go ahead, unleash your inner entrepreneur and start selling these bad boys at a hefty markup.

This one is also available on Alibaba via Shenzehn, and goes by the catchy moniker “2014 Bluetooth Watch for IOS Android iPhone Samsung build in Bluetooth easy sync to smartphones looks like Apple Watch.” 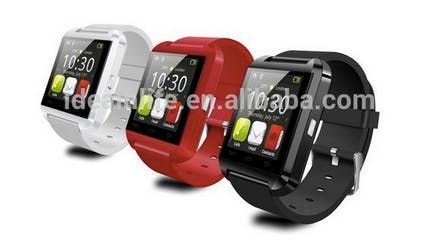 In just 15-30 days you can have one of these to sync with your mobile devices. It even comes with a pedometer and a choice of color schemes. Fortunately, you don’t have to buy this version in bulk, but again, if you feel like setting up your own business, these guys say they can hook you up with about 10 million units a month. Price available upon request.

3) Good-looking and lack in functionality

If you’re looking for something that has almost zero functionality, but looks a lot like the renderings of the Apple Watch we’ve seen, this fake might be the right one for you.

It comes from yet another Shenzhen company called Oplus Tek. Lily Yen, a company representative at CES, told Cult of Mac last month that they “took the Apple Watch and made a few tiny changes so Apple won’t get mad.” In addition to syncing with your phone, this model also sports an altimeter and an alarm. You can own this fake for only $35.

This “prototype” drew a lot of media attention last month when it sold on eBay for $260. That’s right, someone shelled out $260 for this thing. This was the only such item available from the seller, who said the watch came from his cousin who worked at Apple. But don’t let that discourage you, we’re sure some other eligible fakes will creep up on ebay before April, so keep your eyes peeled.

Finally, the cheapest fake we’ve come across is Hyperdon’s “Smart Watch,” which sold for $27. Fortunately, we can confirm some of the watch’s functionality since the buyer was a journalist from Mashable who purchased the watch at a CES booth. The Smart Watch looks like the real thing (kind of) and was able to pair with the user’s iPhone (after a few tries). It is also capable of playing music, counting steps, and vibrating when a call comes in. Of course, if none of these options strike your fancy, you can always just slap an Apple sticker on a Casio watch and call it a day or, you know, you could just wait.