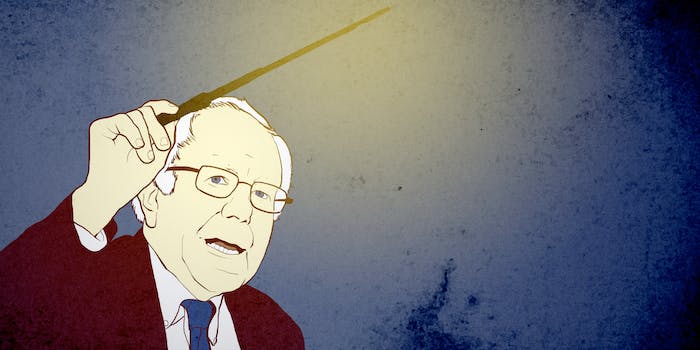 Maybe GIFs should run for president.

The U.S. 2016 election has incessantly generated a lot of hype, debate, division, and criticism in the last few months. The running candidates have been gnawing at one another to take the gold, battling to claim the Iron Throne that is the White House. Though we cannot all agree on political preferences, we are all sure to agree on one thing: GIFs are stealing the 2016 election spotlight by a long shot.

It seems as if this election has been shaped by GIF fever, with the web constantly flooding and surfacing out new clips for all to enjoy. GIFs have both ruined and enlightened our lives, so we are taking a moment to archive some of the best election GIF creations we’ve seen yet.

Here’s Jeb Bush promising us some physical affection that we definitely do not desire:

And then him looking like he’s about to effectively shit his pants right after, thinking “Wtf did I just say?”

When Bush was kind enough to ask us to clap for him:

Trump found himself in the trash via Bob’s Burgers:

Here, Chris Christie is making you feel hot, heavy, and sensual with his unstoppable hips:

And somehow, Trump masterfully exhibited every single facial emoji ever in a matter of seconds:

Ted Cruz enjoying some delectable machine gun bacon followed by an evil laugh made you feel incredibly violated (don’t worry, we felt it too):

Ted Cruz attempting to kiss his daughter made us all go NOOOOOOOOOOO:

People realized that this haystack on a car is actually Trump on a good hair day:

The Eagle obviously does not endorse Trump, and someone took its disapproval waaaaaaaay too far:

And here, Sanders is your dad at the dreaded middle school Father-Daughter Dance:

Why did Carson/Trump/handshake/high-five situation have to happen?! Carson OBVIOUSLY DOES NOT WANT THIS:

Here, Clinton cringingly showed us the extent of her swag:

And in arguably the best election GIF of our lifetime, Sanders gives Trump quite the scare:

Thanks, GIFs. You’ve locked in this election by a long shot.