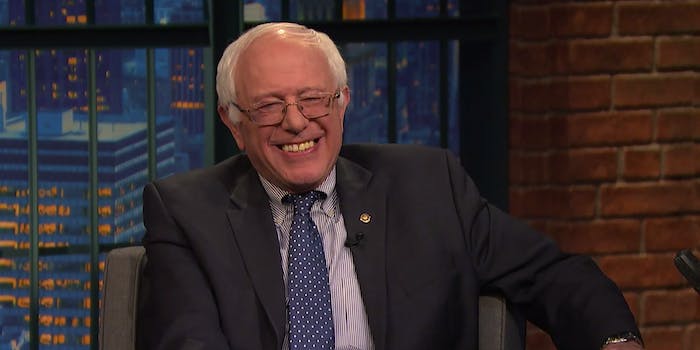 The Senate may be about to vote again on the USA Freedom Act, which will resurrect controversial government spying powers that just expired, but Sen. Bernie Sanders (I-Vt.) will have none of it.

Although the presidential candidate voted Yes in a procedural step to allow discussion on the bill, which would reform the Patriot Act’s now-expired Section 215, Sanders told Seth Meyers that it didn’t go far enough for him. There are better ways, he said, to fight terrorism while protecting citizens’ constitutional rights.

“We can’t go around telling people we’re a free country when either the government or the corporate world knows every damn thing about you—that’s not really freedom,” Sanders said.

The conversation with Meyers also touched on his folk album and a controversial rape-fantasy essay he wrote that recently resurfaced.