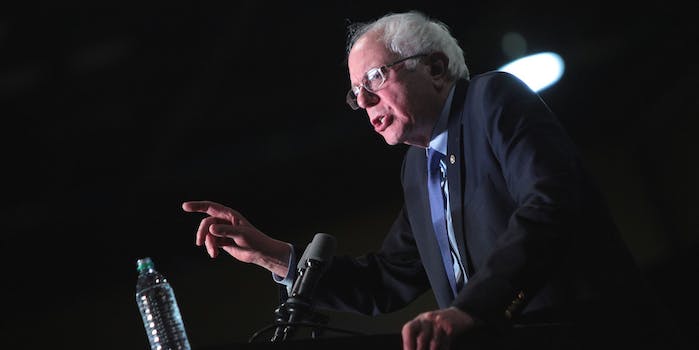 Philadelphia will be feeling the bern.

The Wall Street Journal reports that one of the permits grants authorization for a potentially massive four-day event at FDR Park, consisting of all-day rallies. The park is located near Wells Fargo Center—home of this election year’s Democratic National Convention.

The city expects at least 30,000 people to participate, though campaign organizers are pushing for even more. The other three events will held at Thomas Paine Plaza, which is about five miles north of Wells Fargo Center.

An earlier Wall Street Journal report stated that an increasing number of Democrats are expressing serious concerns that the Sanders-specific events “could turn out to be divisive and disorderly.”

“One thing is largely indisputable: Bernie Sanders himself could help clear the air by informing his supporters that while there are many things about the Democratic nomination process that ought to be changed, no one has ‘stolen’ the nomination from him or from them,” Kilgore wrote.

The Nevada fiasco could easily recur in Philly if Sanders continues to hint he was robbed of the nomination. https://t.co/p5167egB5u

Per the most recent Journal report, at least one true believer notes the almost religious groundswell.

“The whole Bernie movement is an ideology. If Bernie wins the nomination, wins the presidency, that would be amazing. But even if Hillary does win the nomination, the movement has already started,” said demonstration organizer Steve Okan Layne.

Additional reporting by The Hill noted that the size of the rallies for the Vermont senator is tethered to Hillary Clinton’s sizeable delegate count lead, as she will probably seize enough superdelegate support before the convention. Sanders could be shoring up support to ensure Clinton continues a slight lean to the left, instead of attempting to garner centrist support.

Worries of actual violence have been buoyed by the chaotic outbursts during last weekend’s convention in Nevada, with adamant disagreement with voting tallies and lustful boos for Sen. Barbara Boxer—a Clinton supporter. The overarching concern is Sanders could prevent Clinton from truly unifying the part, before turning her attention to Republican nominee Donald Trump.

Boxer told CNN that “[Sanders] should get things under control. We’re in a race that is very critical. We have to be united. He knows that.”