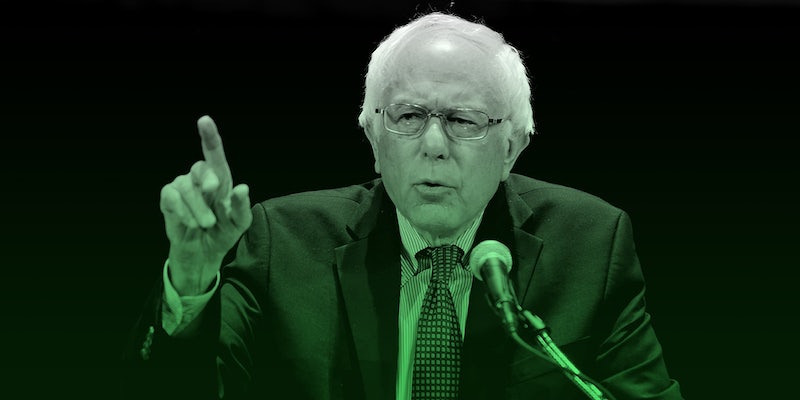 Is it enough for him to win?

That is, his campaign notes, the largest number ever by non-incumbent at this point in a presidential campaign. President Obama, in his bid for re-election, had raised money from 2.2 million people by the end of 2011. Sanders could still beat that goal if he can get more than 200,000 new donors by the end of this year.

While he’s not leading the pack in terms of outright dollars, Sanders is close to his only real Democratic competition. Former Secretary of State and New York Sen. Hillary Clinton raised $28 million in the third quarter of 2015; Sanders got $26 million.

It’s a symbolic victory for his campaign. Sanders has relentlessly railed against corporate and Wall Street influence in American politics, making the fact that he can even compete with Clinton’s campaign contributions a validation of his campaign and ideas.

“What our vision of a political revolution has already accomplished is to show that we can run a strong and we believe winning campaign without a super PAC, without contributions from millionaires and billionaires,” Sanders said in a statement posted to his campaign website.

Sanders is a particularly viral phenomenon, with multiple online groups rabidly devoted to supporting him. A chunk of his earnings, for instance, come from Reddit’s r/sandersforpresident, which has donated well over half a million dollars to date,  and for which no other candidate has a comparable presence on the popular site.

The odds of Sanders winning the nomination are still slim. He has only a slight lead in New Hampshire, the second state primary election, and Clinton still leads overwhelmingly in terms of states she’s projected to win and major Democratic endorsements.