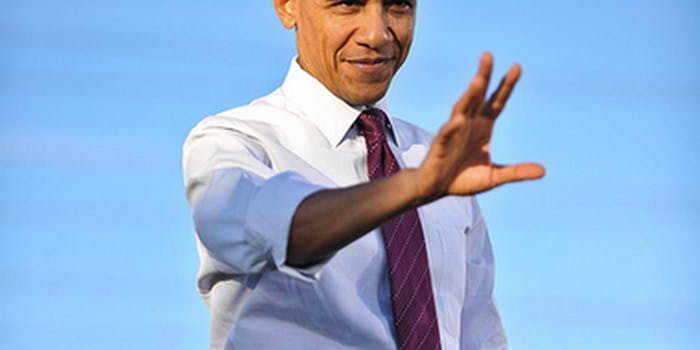 After hemming and hawing around the subject almost since the start of his presidential term, Barack Obama made history on May 9 as the first U.S. president to speak in support of gay marriage.

Obama’s announcement came four hours too late to avoid a scathing editorial in the satirical Onion, which ran a story that morning titled “Obama blasts Obama’s evasive stance on gay marriage.” Gay marriage supporters on Twitter expressed similar exasperation with Obama, though some of that exasperation evaporated as soon as Obama made his announcement: