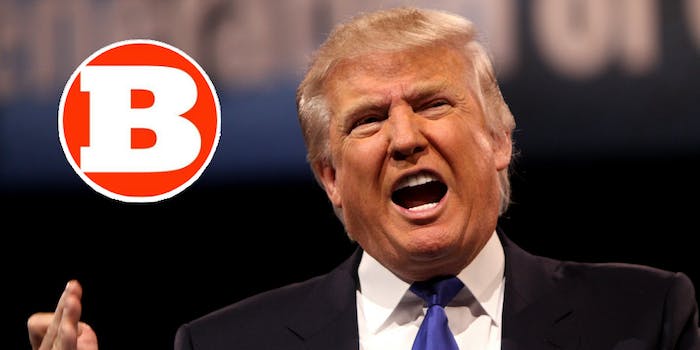 Breitbart has been one of Trump's most vehement supporters online.

The popular right-wing website, which helped propel Trump into the White House, is prepared to go “thermonuclear” against “globalists” who they believe are now running Trump’s administration, according to Axios.

The sudden exit of Bannon, the former head of Breitbart, had several writers on the website clamoring for a fight on Friday afternoon.

Joel Pollak, an editor-at-large for Breitbart, tweeted out “#WAR” shortly after news of Bannon’s departure from the White House became public.

The influential website is expected to begin posting critical stories about members of Trump’s administration, CNN reported. A person who recently spoke to Bannon told the news network that Bannon doesn’t plan on being silent following his ouster.

“It will be Bannon the barbarian,” the person said. “He’s not going to go out peacefully.”

Sources told the Atlantic that Bannon was now “fully unchained” and has expressed to friends that the Trump administration was failing. “He’s going nuclear,” one of Bannon’s friends told the Atlantic. “You have no idea. This is gonna be really fucking bad.”

On Friday, one of the most popular stories on Breitbart, written by Pollak, ran with the headline: “With Bannon Gone, Donald Trump Risks Becoming Arnold Schwarzenegger 2.0.”

“It may turn out to be the beginning of the end for the Trump administration, the moment Donald Trump became Arnold Schwarzenegger,” Pollak wrote, arguing that the former California governor “abandoned the political base that had brought him into office” and “reinvented himself as a liberal.”

The site has been critical of Trump and his administration in the past, particularly in Trump’s treatment of Attorney General Jeff Sessions, who has long-held ties to Bannon.