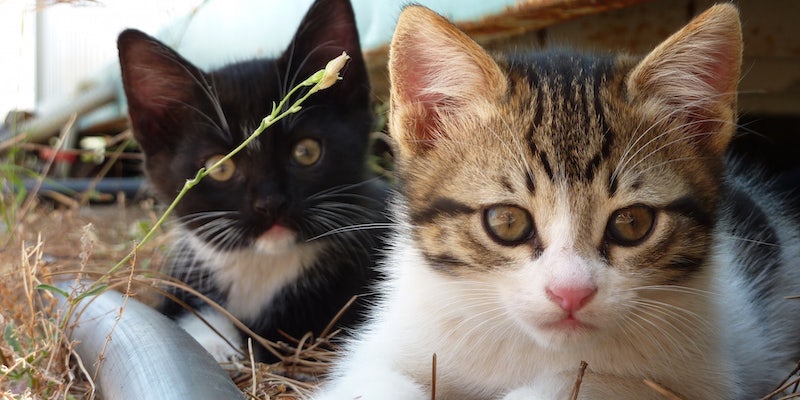 In the midst of bloggers being arrested and tortured by their governments and seemingly endless terror attacks and war, a 13-year-old Iraqi girl did the most punk rock thing I’d ever seen.

She posted pictures of kittens.

Raghda Zaid started Baghdad Girl in 2004, just 17 days after U.S. Ambassador Paul Bremer stepped down as governor of Iraq and the U.S. gave control of the country back to the Iraqis, 14 days after Saddam Hussein went to trial for war crimes.

“My soul had seen so much death and sorrow of my people, family and friends, that I could no longer connect Iraq with happy cat pictures.”

What carried the Baghdad Girl blog beyond a mere gesture—a middle finger at the sins of war—was that she meant it. Zaid, the blog’s sole author, posted photos of kittens because kittens are awesome. Everyone knows that.

As she aged, and as her country went through the war and the post-war period—if you could call it that—she grew into her consciousness of trouble and tragedy, and her blog grew with her. Pictures of clouds of smoke and crying mothers appeared.

But always, the kittens remained.

And they remained through the last couple of years of very spotty writing, until last October, when she finally acknowledged that it was time for her to say goodbye to blogging.

I recently looked up Zaid to find out what had happened to her, gritting my teeth because stories like these always wind up heartbreaking. What I found was a story of survival—not just her physical survival, but her spiritual endurance—that made me breathe out hard and put my hands on my knees. 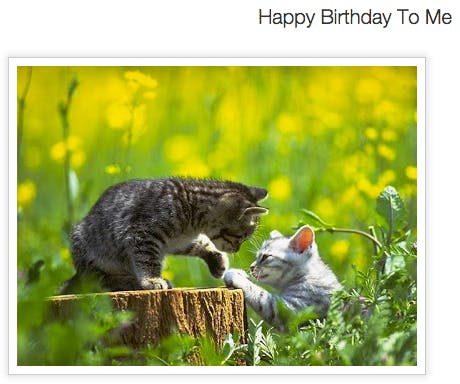 Zaid, now 23, recently graduated from college with an architecture degree. And she still remembers why she started her blog, how it and she changed as her country endured its episodes of violence and rebuilding.

“I was curious about the American and European reaction towards the Iraqis after the war,” Zaid said. “I wanted to reach out to the world and tell them what happened to us. I wanted them to know that we are good people and we have been wronged. I wanted to make friends with the world.”

Zaid says she comes from a normal family with a “normal life” and “an average financial status.” Her dad works as a technical engineer, while her mom is a pharmacist. Thanks to inspiration from her cousin, who was also a blogger, Zaid started Baghdad Girl as a way to improve her English, which she says “was really poor at the time.”

“I have an indescribable love for cats,” Zaid said. “A cute kitty picture can completely transform my day and make me happy. When I started the blog, my English was very weak, so posting cat pictures was the only thing I could think of to communicate with the world.”

Eventually, Zaid says, her English “improved dramatically.” This meant she was able to write articles for an international audience in addition to posting kitten pictures. And that’s when she truly began to tell her story.

“I was finally able to form words and write articles to express my feelings and show the world what the media never revealed: That we are normal people with no mass destruction weapons nor any kind of danger,” she said, “and that we were suffering from the after-war mess.”

The war finally took its toll, and the kitten photos lost their magic. Not even her words could describe what she was feeling, the loss she had endured. It was then, soon after her teenage years, that she put Baghdad Girl to rest.

“My soul had seen so much death and sorrow of my people—family and friends—that I could no longer connect Iraq with happy cat pictures,” she said. “I could only describe Iraq through sad news, and I reached a dead end. My words weren’t satisfying to me anymore, and I couldn’t describe the pain I was feeling, so I had nothing left to reach out with. That was the end.”

In 2006, Zaid left Iraq to study abroad, where she “formed [her] personality through college.”

“I dedicated all my time to learn and be a better person,” she explained. “I have met so many nationalities and learned to study and live with them, I guess it is another form of reaching out.”

There was one thing that weighed on me, a post in which she seemed to defend Saddam Hussein, the gasser of Kurds, the man who let his monster children torture Olympic athletes. It seemed out of character.

“I never said Saddam Hussein was a good person,” Zaid said. “I only said that Iraq was better during his time because at least we could still live there and would have probably never left. …My empathy was a result of my hate of injustice and the fact that a president of a country was executed in the first day of a holy occasion.

“I could sit and stare at a cat the whole day, they bring me such joy with their fuzziness and cuteness.”

“I will not justify his political or inhuman actions because there is no excuse for violence.”

Looking back on her younger self, Zaid thinks “She was a pure angel while I am [now] a tortured soul, stained by sorrow.”

So, the 13-year-old girl who posted pictures of kittens while the world burned is now a 23-year-old woman. She has her childhood behind her, her working life before her, and her new architecture degree.

“I am currently building my career and gaining experience while working as an architect, but I am also thinking of traveling somewhere to further my studies and to obtain a master’s degree,” she said. “I will also share a secret with you: I dream of having a degree in journalism, so I can continue reaching out.”

And what about the cats?

“I could sit and stare at a cat the whole day, they bring me such joy with their fuzziness and cuteness,” she said. “Sadly, I still do not have a cat of my own—but one can dream, right?”

Photo via jameswragg/Flickr (CC BY SA 2.0)