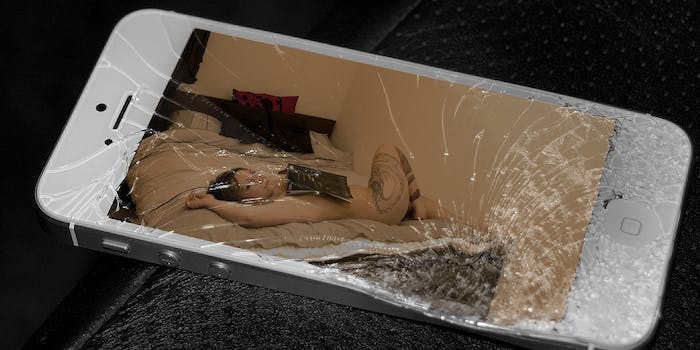 Backpage is still hanging by a thread.

A federal judge has ordered Chicago-area Sheriff Tom Dart to temporarily cease his campaign to shut down Backpage, a classified site, until the court can investigate whether credit card companies felt they had to comply with the sheriff’s request to stop processing payment transactions for the site.

In the meantime, Judge John Tharp Jr. granted Backpage a temporary restraining order against Dart, forbidding him from doing any more lobbying against the company until the question is resolved.

“We don’t need Visa and MasterCard to play nanny for online speech.”

If Tharp determines that the credit card companies felt threatened by a letter the sheriff sent to Visa and MasterCard that asked them to “cease and desist” doing business with Backpage, he could order Dart to retract it, giving the companies the option to start working with Backpage again.

Visa and Mastercard cut off Backpage, which allowed sex workers to purchase online ads for their services, earlier this month, after Dart sent them letters condemning the website. Dart is a long-time advocate against human trafficking and has claimed that Backpage facilitates it by allowing ads for adult services. In his letter, Dart wrote that the “absurdity” of current human trafficking laws is “no excuse for institutions to ignore their own rules, precedents and their own sense of decency.” He then asked the credit card companies to sever ties with Backpage. Within 48 hours, Visa and Mastercard complied, cutting off the site’s revenue. American Express had already stopped processing transactions for Backpage before Dart sent his letter.

However, in a lawsuit filed against Dart last week, Backpage alleges that the sheriff is trampling the First Amendment rights of the company and the individuals who use the site to advertise. His advocacy, the company contends, represents a prior restraint on speech. Backpage also claims that Dart is destroying its legal business. The site hosts ads not only for adult services but also for real estate, auto parts, and employment opportunities; without the ability to accept credit cards, Backpage is left in the strange position of only being able to accept Bitcoin for an ad selling something as innocuous as a lawnmower.

Sex work advocacy groups have condemned Dart’s campaign against the site, saying that it forces sex workers offline and into more dangerous encounters on the streets. The Electronic Frontier Foundation, an digital civil liberties non-profit, also called out the credit card companies for caving to Dart’s request. “We don’t need Visa and MasterCard to play nanny for online speech,” Electronic Frontier Foundation’s activism director Rainey Reitman wrote. “Payment processors and banks shouldn’t be in the position of deciding what type of online content is criminal or enforcing morality for the rest of society.”

Tharp seems concerned that Visa and Mastercard could have mistaken Dart’s letter for a legal demand, noting in a Friday court filing that the letter was on the sheriff’s letterhead and hinted that the companies may have a legal obligation to stop working with Backpage. Tharp also took issue with parts of Dart’s campaign against Backpage, rejecting his arguments about his impact on the business as “specious.”

The judge is expected to decide whether to order a retraction of Dart’s letter at a hearing on Aug. 20. In the meantime, Backpage’s business hangs by a thread.