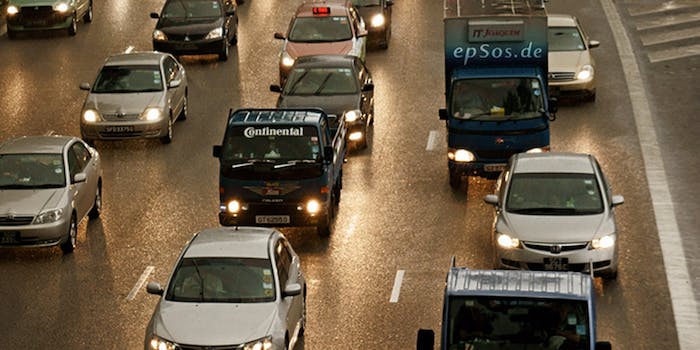 The manufacturer of your car knows everywhere you drive

Study finds they respect customer rights, but do a poor job informing them of collection practices.

According to a new Government Accountability Office report, six of 10 U.S. companies that utilize location tracking devices in their products are automakers, among them Ford, Chrysler, and General Motors.

The GOA found that these companies used customers’ location data to inform traffic reports, aid law enforcement, and assist third-party GPS systems. As Ad Age reported, companies in some cases disassociated data with individuals and shared it with researchers studying traffic patterns and other roadway phenomenon.

The individual firms involved in the study are unnamed when discussing any particular practice, but six of the companies either anonymize the data before storing it or do not store it at all. Four others store the data with customers’ information attached.

As Ad Age pointed out, location data pinned to individual vehicles can be sold by companies to third party advertisers targeting specific demographics. Further, the information can be sold to insurance companies that want to evaluate, say, how safe a driver is.

Broadly, the report concluded that the companies were aware of and concerned about customer privacy, but often didn’t take enough measures to make customers aware they were surrendering personal information.

“Without clear disclosures,” the report concluded, “risks increase that data may be collected or shared for purposes that the consumer is not expecting or might not have agreed to.”