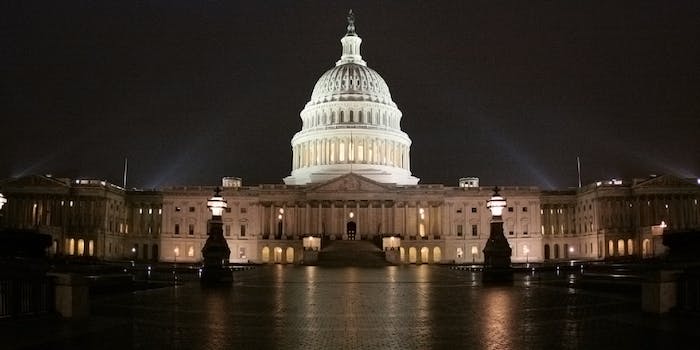 AT&T sued by FTC for throttling users with unlimited data

Guess what? AT&T is awful. Oh you weren't surprised?

The Federal Trade Commission is suing AT&T for throttling data for as many as 3.5 million users with unlimited data plans, according to its new lawsuit.

“AT&T promised its customers ‘unlimited’ data, and in many instances, it has failed to deliver on that promise,” FTC Chairwoman Edith Ramirez said in a statement. “The issue here is simple: ‘unlimited’ means unlimited.”

In its lawsuit, The FTC wrote “Many customers also have expressed their frustration at the effect Defendant’s throttling program has on their ability to load webpages and to perform common functions they had come to rely on.”

AT&T isn’t the only carrier conducting these throttling practices—Verizon was targeted by the FCC earlier this year after announcing plans to selectively throttle its users during peak usage—but AT&T’s practices have “misled millions of its smartphone customers” according to the FTC.

In a strong response to the lawsuit, AT&T told the Verge:

“The FTC’s allegations are baseless and have nothing to do with the substance of our network management program. It’s baffling as to why the FTC would choose to take this action against a company that, like all major wireless providers, manages its network resources to provide the best possible service to all customers, and does it in a way that is fully transparent and consistent with the law and our contracts.”

AT&T continued with its defense, noting that it has been “completely transparent with customers since the very beginning. We informed all unlimited data-plan customers via bill notices and a national press release that resulted in nearly 2,000 news stories, well before the program was implemented. In addition, this program has affected only about 3 percent of our customers, and before any customer is affected, they are also notified by text message.”

The FTC likes to resolve any lawsuit it puts forth, which means this skurmish may end in a settlement, as corporations like AT&T rarely want to take lawsuits from the Government to their natural completion.

AT&T will no doubt fight these accusations, but hopefully the lawsuit makes other carriers think twice before attempting sleazy throttling practices.