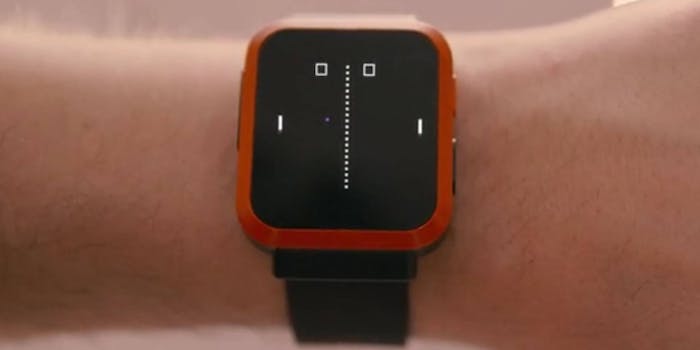 A smartwatch on Kickstarter lets you play 20 classic Atari games right from your wrist.

The Gameband comes preinstalled with smartwatch versions of your favorite retro games including Pong, Breakout, and Asteroids. All 20 of the legendary games have been rewritten and optimized for a smaller screen and touch gestures. Additional games can be downloaded onto an SD card, which fits into the device’s expandable storage slot for up to 256GB of extra space.

A quick glance at the spec sheet shows the Gameband is much more than the niche product its name might suggest.

The wearable, which looks like an Apple Watch but runs on a customized version of Android Marshmallow, comes with a 1.63-inch touch AMOLED display, Snapdragon Wear 2100 processor, Bluetooth, and Wi-Fi, all powered by a beefy 400mAh battery.

Don’t get your hopes up too high about that battery capacity. FMTwo Game, the company that started the campaign, wrote what sounds like a pretty realistic expectation for how long it will last on a single charge.

“People use devices like Gameband in so many different ways that it is almost impossible to say that the battery will last ‘x’ days. If all you do is play mini-games and while doing so you also keep wifi/bluetooth on, then don’t expect to get through the day. If all you do is use basic apps but then plug in and use the MicroSD (which automatically charges Gameband while in use) then you’ll get a few days of use.”

Additional features include step counting, alarm notifications, and remote phone dialing. You will want to take the watch off every morning before you jump in the shower. Its developers say they will try to improve its IPX4 water resistance rating in the development process, but warns against submersing it. 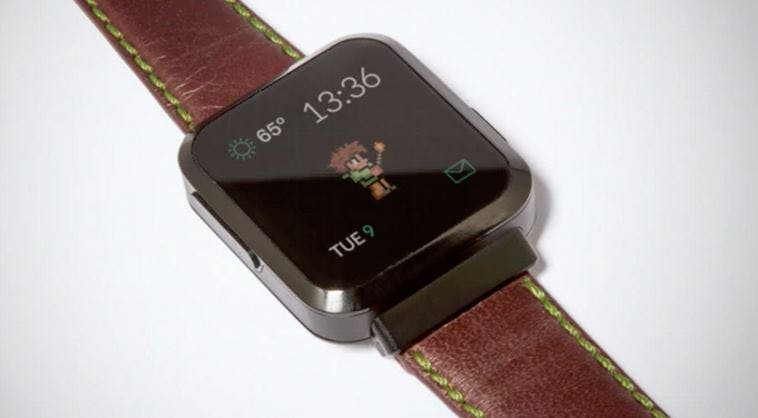 Gameband will MSRP at $200 and begin shipping in September. The smartwatch comes in three different versions: original, Atari, and Terraria (comes with an exclusive mini-game version of the title).

Companies are still trying to figure out how to increase smartwatch sales, which have seen significantly lower adoption rates than smartphones. We’re all in if that means making retro video games accessible at the glance of a wrist.