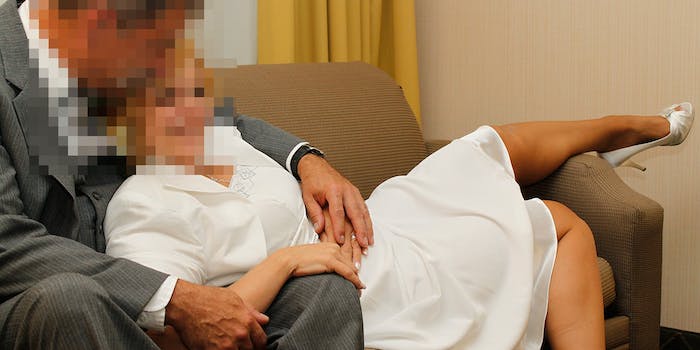 This could seriously jeopardize their careers.

We may soon start seeing the blowback from the Ashley Madison hack that so many data diggers have warned us about.

The release of Ashley Madison users’ personal information, which is believed to be retaliation for the site’s encouragement of infidelity, might yet produce a spike in the divorce rate. But the fallout may go beyond broken homes and messy break ups. There’s a good chance that the leak will end a few government careers as well.

While infidelity is not a crime in the United States except in the military, the U.S. government officials identified in the leak could face dire consequences due to the public stigma associated with adultery.

Allegedly included in the dump are the IP addresses of numerous government computers logged for over five years.

Hundreds of government employees, including some at the White House and on congressional staffs, have apparently been exposed as Ashley Madison users.

The Associated Press reported Friday that the data has exposed federal employees at the departments of Justice and Homeland Security and in the Executive Office of the President, the umbrella term for presidential staff. One DHS employee reportedly worked on a U.S. counterterrorism-response team.

Most of these federal workers were smart enough to register for Ashley Madison accounts with private email addresses; they were not, however smart enough to avoid using the site on federal computers, which carry recognizable government IP addresses. The data dump reportedly includes the IP addresses of numerous government computers logged over a course of more than five years.

In addition, multiple federal officials reportedly used their own credit cards to pay for the service. Others used pre-paid credit cards, perhaps to conceal their identities, but they nevertheless logged into the website from their work computers.

According to the AP, federal employees implicated as Ashley Madison users have been linked to more than two dozen parts of the government, including the departments of State, Defense, Justice, Energy, Treasury, Transportation, and Homeland Security. The hacked data also included IP addresses belonging to House and Senate computer networks.

“I was doing some things I shouldn’t have been doing,” a federal employee, speaking on the condition of anonymity for obvious reasons, told the AP.

The federal worker said that he would immediately notify his family and employer of his indiscretion if anyone attempted to extort him with the information.

“I’ve worked too hard all my life to be a victim of blackmail,” the employee told the AP.

Far more serious are the repercussions for U.S. military personnel who signed up for Ashley Madison’s services. Adultery is a prosecutable offense in the military, and the Pentagon is currently investigating which of its service members used the website.

“I’m aware of it, of course it’s an issue, because conduct is very important,” Secretary of Defense Ashton Carter told reporters Thursday. “We expect good conduct on the part of our people.”