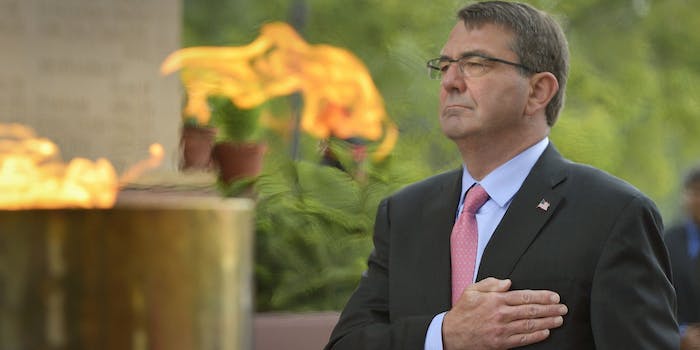 Adultery is a crime in the U.S. armed forces.

The Pentagon is investigating the connection between the military and the adultery-themed dating website Ashley Madison, according to Secretary of Defense Ash Carter.

Over 15,000 U.S. military and government email addresses were discovered in documents released by the Ashley Madison hackers earlier this week.

“I’m aware of it, of course it’s an issue, because conduct is very important. We expect good conduct on the part of our people,” Carter told reporters on Thursday, reports The Hill.

Adultery is a prosecuteable offense in the U.S. military as well as several U.S. states and nations around the globe.

The military services are looking into it, “as well they should be,” Carter said.

While Carter was speaking to the media, the hackers known as Impact Team released a newer and bigger data dump consisting of more internal Ashley Madison data.

H/T The Hill | Photo via Secretary of Defense/Flickr (CC BY 2.0)