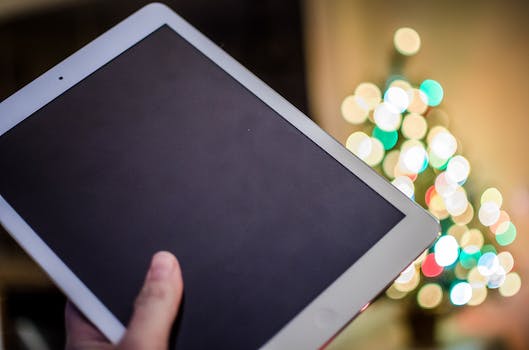 Apple won Christmas, and here’s the data to prove it

It would appear that Apple officially won Christmas. According to mobile analytics firm Flurry, Apple products represented over half of all new device activations on Christmas Day.

To make this determination, Flurry collected data from the 600,000 plus apps it monitors during the week leading up to and including Dec. 25. By examining how many apps were downloaded over the range of different mobile platforms, Flurry was able to establish the devices they were likely installed on. 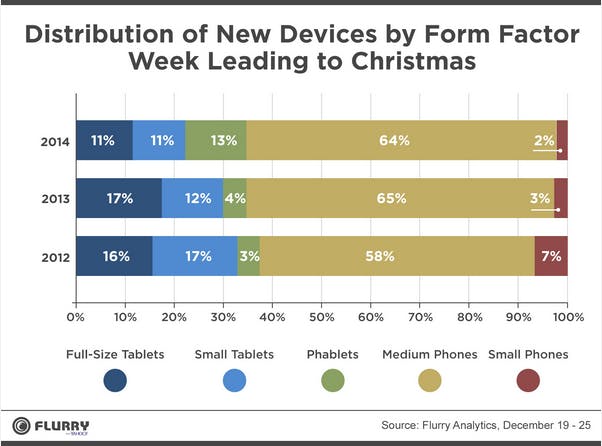 The results are pretty astounding, with Apple products taking 51.3 percent of the share. This represents an activation rate nearly three times as high as number two on the list, Samsung, which had 17.7 percent. Microsoft (Nokia), Sony, and LG rounded out the top five in with 5.8 percent, 1.6 percent, and 1.4 percent, respectively. 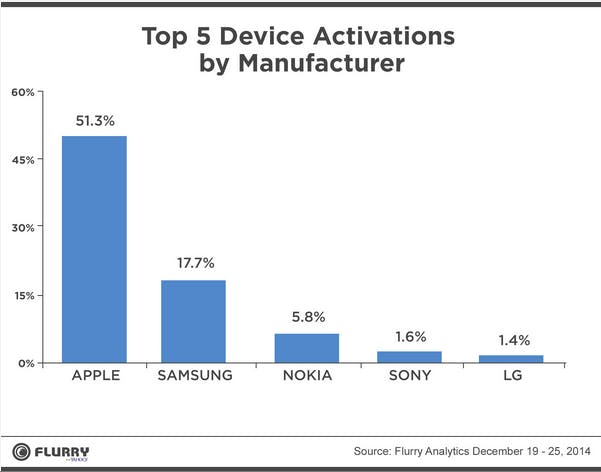 As Flurry points out, these figures alone don’t tell us everything about smartphone market share and trends, but it seems safe to assume that Apple has had a gigantic holiday season, led by sales of the iPhone 6 and 6 Plus.

Of course, Christmas is not the prime gift-giving holiday for the entire world, so Flurry’s data likely takes a Western bias that does not necessarily represent sales trends in global markets. This factor may understate the relative strength of brands like Xiaomi, Huawei, and HTC, for instance, as these are very popular brands in Asian markets. 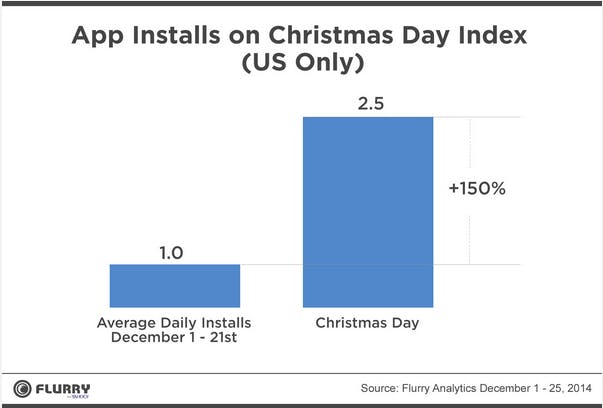 Flurry’s study also highlights other trends, including the growing demand for the once-derided “phablet.” According to the report, phablets made up roughly 13 percent of newly activated devices, a sharp increase from last year’s 4 percent. The 2014 report also shows a huge surge in app downloads on Christmas in the United States, despite a maturing market for apps. Americans downloaded 2.5 times as many apps on Christmas Day as they did on an average day during the rest of the month of December.