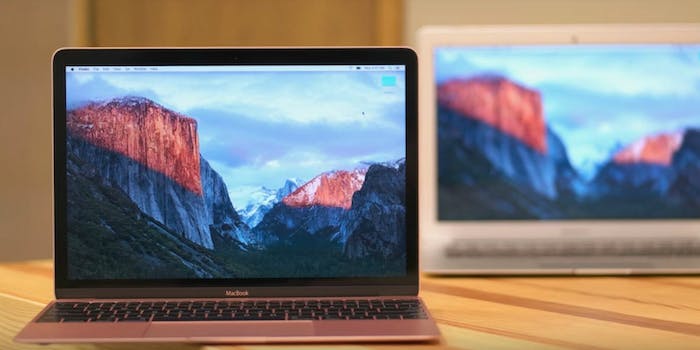 The death of the MacBook Air has been greatly exaggerated.

Increasing competition from Microsoft and declining iPad sales are putting Apple in unfamiliar territory, and it appears the Cupertino giant has no plans to sit back and watch its laptop market share continue to decline.

Apple will reportedly release three new laptops at its annual developer’s conference next month, according to a report from Bloomberg that cites “people familiar with the matter.” It’s unlikely Apple will follow Microsoft and reveal an entirely new model, but expect existing models to be upgraded with new internals.

The 12-inch MacBook could start shipping with a new Intel processor. As Business Insider points out, one major complaint about the MacBook is that it is optimized for battery life, not performance. Apple may choose to release a new model with a more powerful version of Intel’s Kaby Lake processors.

An updated version of the new MacBook Pro is also expected to get Intel’s seventh-generation processors, which became available just a few months after the new line was revealed.

The biggest surprise from the report is a refresh of the MacBook Air, historically the least expensive laptop in Apple’s lineup. Many thought the new non-touch MacBook Pro would mark the death of the Air, which hasn’t seen a design refresh in nearly seven years. But the Air’s sales remain surprisingly strong, according to an anonymous Bloomberg source.

This year’s WWDC conference will take place June 5-9 in San Jose. Apple might also reveal the latest version of iOS, which is expected to power its upcoming iPhone 8. A new version of MacOS could also be unveiled at the event.