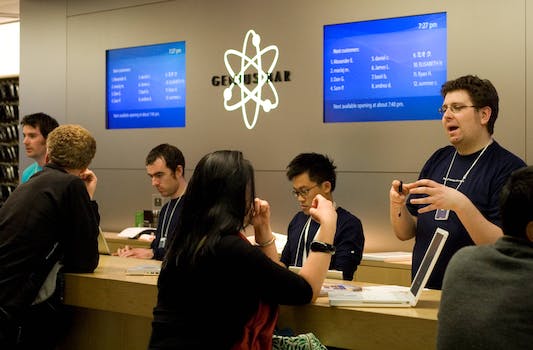 Photo via Alper Çuğun/Flickr (CC BY 2.0)

You can now get support for your Apple devices on Twitter

The next time you’re having problems with your iOS device, you can save a trip to the Genius Bar and just go to Twitter instead. Apple launched a Twitter support account on Thursday.

According to the profile description the @AppleSupport account will “provide tips, tricks and helpful information when you need it most, and if you have a question, well – we’re here to help with that too.”

The account has already tweeted a tip that shows users how to lists created in the Notes app into checklists. It has also replied to hundreds of requests for help already, generally linking to relevant support pages that may address the problem a user is having or asking the user to send a Direct Message for personalized help.

Apple is just the latest company to use Twitter as a platform for customer support. Other companies including competitors like Microsoft and Samsung have maintained support accounts for some time now. According to Twitter COO Adam Bain, companies conducting customer service on Twitter see a 19 percent increase in customer satisfaction.

That’s never been a major problem for Apple in the first place; the company has topped the American Customer Satisfaction Index for 11 years straight and had the top-rated tech support according to a 2015 survey conducted by Consumer Reports. Having live, on-demand support on Twitter is just icing on the cake.

Apple still doesn’t have an official Twitter presence as a company, though specific products like the App Store and Apple Music, as well as prominent people like Tim Cook and Eddie Cue have accounts.