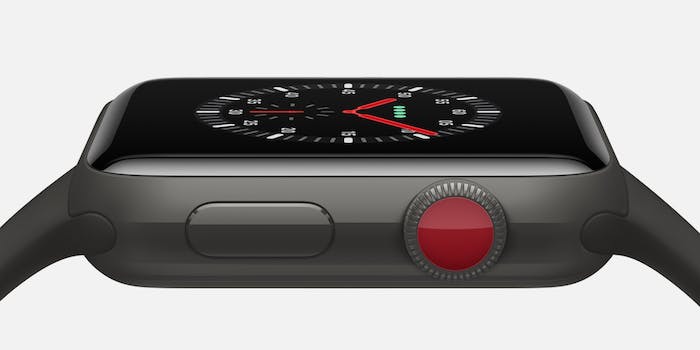 More than 1,600 calls have been made since October alone.

When Apple launched iOS 11 last fall, it came with an incredibly useful update: an SOS feature. We lauded this SOS feature when it debuted, but it’s apparently wreaking some havoc at a California refurbishment center.

CBS Sacramento reports that since October, Apple’s Elk Grove distribution site has been the source of roughly 1,600 calls to 911. That’s an average of 20 calls per day. Elk Grove Police say the calls typically have no one else on the other line. However, emergency responders can sometimes hear people in the background talking about Apple, Apple devices, or maintenance and repairs.

The issue is likely this SOS feature. Once switched on, iPhone users can tap the sleep/wake button five times to discreetly call emergency services and notify emergency contacts. The Apple Watch has a similar feature. If you hold the side button down for six seconds, the watch will call emergency services after a brief countdown period. It’s feasible that if placed in a pile or held the wrong way, either or both of these devices could make accidental emergency phone calls.

While police can very quickly identify these calls as “butt dials,” they are still problematic.

“The times when it’s greatly impacting us is when we have other emergencies happening and we may have a dispatcher on another 911 call that may have to put that call on hold to triage the incoming call,” police dispatcher Jamie Hudson told CBS Sacramento.

Apple hasn’t confirmed which specific devices are making the calls. However, it did issue a statement that it’s aware of the issue and working on a fix. “We’re aware of 911 calls originating from our Elk Grove repair and refurbishment facility,” the company stated. “We take this seriously and we are working closely with local law enforcement to investigate the cause and ensure this doesn’t continue.”

If you’ve accidentally triggered SOS on your own iPhone or Apple Watch, you can switch off the auto call feature—the source of these problematic 911 calls. To do this, head to Settings, then Emergency SOS on your iPhone. Switch the toggle for “Auto Call” to off. You can also turn the “Countdown Sound” on or off. While leaving it on may be annoying in the case of an accidental trigger—or if you are truly trying to summon emergency services without alerting others—leaving the sound on reduces the chance of an accidental call.