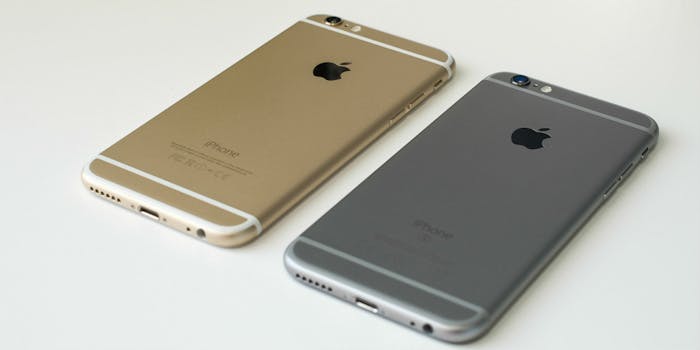 Apple faces lawsuits for slowing down your old iPhone (updated)

The lack of transparency is a red flag.

Is your old iPhone running slower than normal? Blame Apple.

The phone maker admitted on Wednesday that it intentionally slows down old iPhones to prevent them from shutting off, confirming customers’ fears that older devices are purposefully throttled through software updates.

The concerns started to mount last week after Reddit user TeckFire wrote about how the performance of their iPhone 6S increased substantially after they replaced its battery. Geekbench developer John Poole followed up on those findings with his own tests. He discovered Apple’s iOS versions 10.2.1 and 11.2.0 throttled certain devices, including the iPhone 6 and iPhone 6S. Even the performance of the iPhone 7, a flagship released just last year, declined after being updated to iOS 11.2.0.

If the revelation that iPhones shut down after a year or two isn’t bad enough, the company’s apparent lack of transparency with its customer base should raise red flags. It seems it wasn’t until earlier today, after years of hiding the practice, that Apple admitted to throttling its phones. For some—like those who spent upwards of $1,000 on a new phone because they believed their old one was beyond repair—its attempt to assure customers comes too late.

Here is the statement Apple sent to the Verge.

“Our goal is to deliver the best experience for customers, which includes overall performance and prolonging the life of their devices. Lithium-ion batteries become less capable of supplying peak current demands when in cold conditions, have a low battery charge or as they age over time, which can result in the device unexpectedly shutting down to protect its electronic components.

Last year we released a feature for iPhone 6, iPhone 6s and iPhone SE to smooth out the instantaneous peaks only when needed to prevent the device from unexpectedly shutting down during these conditions. We’ve now extended that feature to iPhone 7 with iOS 11.2, and plan to add support for other products in the future.”

Apple’s reasoning checks out and should at least ease the fear of planned obsolescence or that its software updates slow devices only to force users to upgrade. It’s no secret the older they get, the worse lithium-ion batteries are at holding a charge. That’s not specific to iPhones—it’s a characteristic of the battery technology used in almost every modern device. If the battery can no longer handle peak current draws—like when several processes are running at once—it will shut down to avoid damaging its internals. Customers typically don’t expect battery decay to have an impact on how their products perform, but if that is the case, they should at least be aware of it.

Fortunately, there are a few ways to avoid having your phone shut down. The obvious route may be to ignore software updates, but we strongly discourage that option. New software iterations typically include patches to potentially devastating vulnerabilities, so it’s always a good idea to keep your phone up to date. The best way to ensure your phone is performing at a high level is to replace its battery.

Apple has never produced a phone with a battery that can easily be removed by a user, but you can pay to get it fixed professionally. For customers covered under AppleCare+, Apple will exchange the battery at no extra cost (aside from the additional $130 you spend on the service).

If your phone needs its battery replaced and isn’t covered by warranty, Apple will charge you $80. It’s a hefty fee but one that saves you from spending a lot more on a new phone. Speaking of buying another iPhone, today’s revelation means you’ll need to be extra careful purchasing a used phone from an online marketplace like eBay.

Alternatively, you could switch to another smartphone manufacturer, though it’s unclear whether other companies take the same questionable precautions.

We have reached out to Apple and several Android manufacturers and will update this article if we hear back.

Update 11:30am CT, Dec. 22: Two class-action lawsuits have been filed against Apple by customers who are enraged at the company for failing to inform users that it throttles phones.

The first suit was filed in Los Angeles by Stefan Bogdanovich and Dakota Speas, who believe Apple slowed down its phones to force users to upgrade. Their case, which focuses on the iPhone 7, argues the practice caused them to suffer “economic damages and other harm for which they are entitled to compensation.”

The most recent suit was filed by five Apple customers from Illinois, Ohio, North Carolina, and Indiana, according to the Chicago Sun-Times. The plaintiffs claim Apple was using “deceptive, immoral, and unethical” practices.

We have reached out to Apple for comment and will update this article if we hear back.

Update 10:30am CT, Dec. 28: Another lawsuit has been filed against Apple, this time overseas. The French consumer group Stop Planned Obsolescence (HOP or Halte à l’Obsolescence Programmée) filed a criminal suit alleging the company deliberately slowed its devices to boost sales. If HOP wins, Apple executives could reportedly face jail time and a fine of up to 300,000 euros.

The group cites the Harmon Law, a landmark regulation passed in 2015 that makes it illegal for companies to reduce the lifespan of their products to “increase replacement rates.” However, Apple’s claims that it slows devices to optimize their performance should protect it from such accusations.