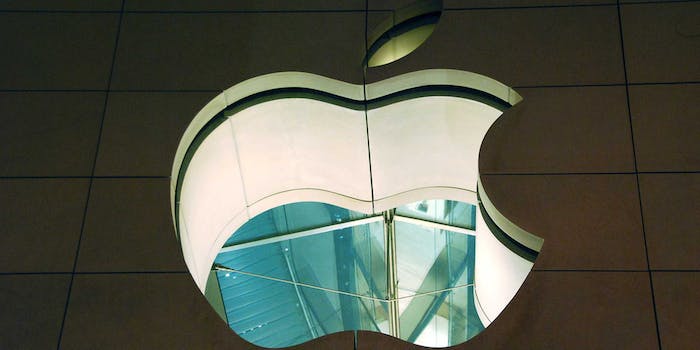 The war between Apple Pay and CurrentC is about data

Apple has run into a major hurdle in its battle to get retailers on board with Apple Pay. The primary issue is that Apple won’t back down from data privacy policy, which prevents retailers from obtaining transaction data from its technology. And this firm position has started a social media campaign rife with boycotting threats from fanboys who are refusing their patronage to retailers that won’t accept Apple Pay.

Wal-Mart leads the group of big box stores, which includes The Gap, Rite Aid, CVS, and Best Buy. These outlets instead are adopting MCX’s CurrentC application, which uses QR Code scans (Apple Pay is NFC-based). At issue is MCX’s restrictions; the system forbids its the retailers that use it from implementing competing technology, so it’s a rather all-or-nothing option. (However, MCX disputes this and says it will work with Apple Pay partners, using Subway as an example.) And of course, the fact that Apple is unwilling to share data with merchants will push some to said restrictive system. In short, it’s a mess.

Apple Pay links a user’s credit cards to his or her phone and uses the Touch ID fingerprint system to make payments in-stores using a token-based approach which protects the consumer’s private data even if the system is hacked. CurrentC ties an individual’s checking account to an app on the smartphone to be scanned at checkout. CurrentC allows the merchant access to the consumer’s data to offer discounts as well as personalized in-store experiences that use specialized tracking technology.

As the digital payment war unfolds, MCX suffered a major PR blow this week thanks to a data breach during a beta test of its system. Emails of mobile app testers have been stolen but no personal information such as payment data, home addresses and phone numbers.

Of course, Twitter reacted dutifully to the security issues.

Perfect: CurrentC, the retail industry’s someday-rival to Apple Pay, has already been hacked. https://t.co/gDyJtmmb8l (via @jyarow)

Security problems aside, the crux of this battle comes down to data. Data privacy and sharing of information with third-parties has become a sticking point for Apple in the past several years. Most recently, the Celebgate dustup revealed a weakness in Apple’s iCloud service which forced the company to add security alerts to its system.

But Apple’s unwillingness to share personal transaction and in-app data related to consumers’ application downloads proved to be a non-starter for newspaper and magazine publishers. Publishing companies remain somewhat hesitant to sell subscriptions and individual periodical copies via iTunes. These media providers are used to collecting data on subscribers for advertising sales purposes, as well as for upsell and cross-sell marketing efforts. The “no data” policy is a no-go for many; first publishers, now retailers.

A number of issues add complexity to the battle between Apple Pay and competing systems, not the least of which is Apple’s domination of the U.S. smartphone market. That alone may force the hand of the current holdouts.

And while Wal-Mart, the leader of the anti-Apple Pay brigade, currently refuses to use Apple Pay, MCX’s CurrentC is, for the foreseeable future, a U.S.-only-based transaction service. Wal-Mart has stores in 26 countries outside the country.

Paygate may be short-lived, but if Twitter is the court of public opinion, the verdict is in, and Apple has won: The legion of those who will boycott retailers who refuse to use Apple Pay is growing. Seems like plenty of people are OK without those Wal-Mart rollbacks.

yo @Target @Walmart @riteaid if you disable Google Wallet or Apple Pay and use CurrenC, I’ll boycott you till whichever one of us dies first

Don’t boycott CVS, or other merchants who reject Apple Pay or Google Wallet. Buy from them only with credit cards so they eat the bank fees.