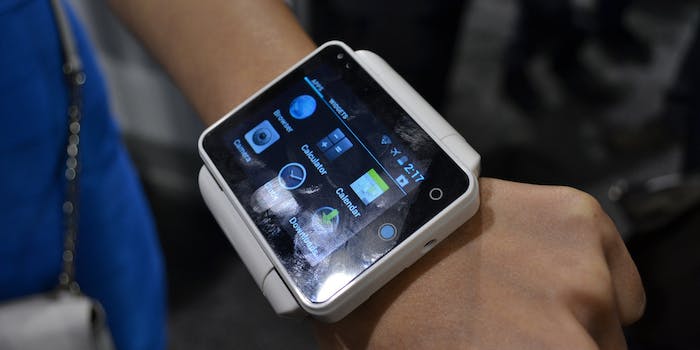 Somewhere, someone is already creating a line outside an Apple Store.

It’s all but official: The Apple smartwatch will launch next month. Recode reports, and sources confirm to the Daily Dot, that the company is set to launch a wearable technology product on Sept. 9 alongside two new iPhones.

Apple intends to integrate the smartwatch (which we’ve all been referring to as the iWatch) with its HealthKit and HomeKit developer tools, making it a sort of command center for the Internet of Things in users’ homes and on bodies.

Apple’s entry into the wearables market has been the subject of intense rumor and speculation. The iWatch occupies an almost mythic status among tech journalists. Reuters has reported that the product—which it says will not be called the iWatch—will have a 2.5-inch, “slightly rectangular” screen. A Morgan Stanley analyst said last month that the watch will sell for $300.

As Cnet points out on its iWatch rumor roundup page, the smart watch market is already full of options, many of which integrate with Google’s Android Wear development ecosystem. But Katy Huberty, the Morgan Stanley analyst who provided the price point, said that she expects iWatch sales to be strong due to the brand loyalty surrounding Apple.