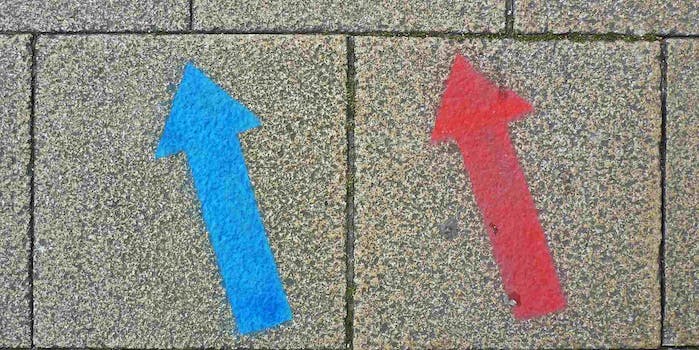 It's not supposed to be available yet.

If you own an iOS device, you’re likely comfortable in Apple’s ecosystem. A new, unannounced app from the Cupertino company appears designed to make the iPhone comfortable in your world, too.

Indoor Survey, a new first-party app spotted by developer Steve Troughton-Smith, is designed to map out the inside of a building by using radio frequency signals and the iPhone’s onboard sensors. Users of the app will be able to drop points within the app that will act as an indoor positional system without requiring additional hardware.

It hasn’t received the fanfare a typical Apple product would get upon release—it was in the App Store for nearly a week before anyone noted its existence—though seems like Indoor Survey wasn’t meant for the spotlight quite yet.

Well this is an Apple app I've not seen before! pic.twitter.com/A3BNYEq6yH

The app doesn’t show up in search results in the App Store; it can only be found via direct link. For the time being, the app is non-operational.

All signs seem to point to Indoor Survey being a part of the Apple Maps Connect service, which allows businesses to add or manage listings on Apple Maps. In theory, Indoor Survey would allow users to navigate a store or be directed to certain aisles via RF beacons placed throughout the store.

Indoor mapping has been of interest to Apple for some time now. It has previously experimented with iBeacons, tiny bluetooth transmitters that communicate with nearby devices to deliver alerts and notifications. The devices have been used in Apple retail stores and marketed to other retailers.

Indoor Survey looks as though it’s an application of WiFiSLAM, a Silicon Valley firm boasting “indoor GPS” technology that Apple acquired back in 2013. The startup used WiFI signals to track the location of smart devices inside buildings—a near match to what Apple is aiming to accomplish with Indoor Survey.

By removing the need for additional equipment like iBeacons, Indoor Survey presents a better chance for implementation of hyper-local mapping. Apple could even open up the technology to allow people to map out their homes. Imagine you have someone housesitting for you; instead of leaving notes, you could direct them to what they need with virtual pinpoints.