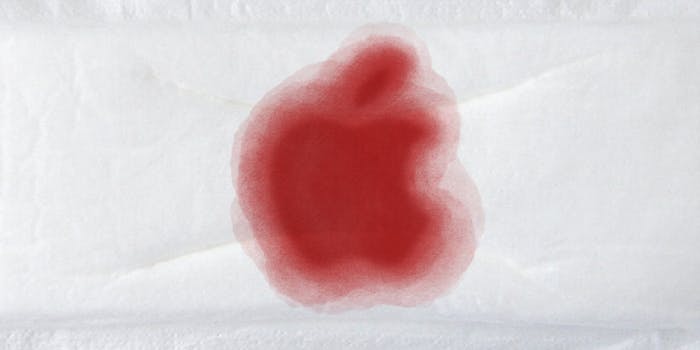 Why won’t Apple add period-tracking to its Health app?

Despite criticisms, you still can't track periods in Health.

Apple calls its Health app “an entirely new way to use your health and ﬁtness information.” But the app doesn’t support tracking one major kind of health information: The menstrual cycle.

As Fusion’s Kashmir Hill points out, Apple rolled out an update to Health in iOS 8.2 that promised significant improvements. Unfortunately, those improvements didn’t come with the update for which women have called since the app’s release last year.

When Health launched, Apple was roundly criticized for its striking omission of period-tracking functionality in its supposedly comprehensive health and fitness tracking app. But this negative media attention doesn’t appear to have affected its decision-making. 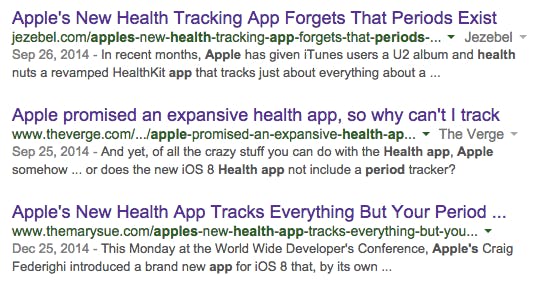 Quantifying periods is hugely important to many women. Whether it’s in an app or otherwise, we’re constantly monitoring when our bodies go through this monthly cycle. It’s especially important for women who are trying to get pregnant.

Health can track the steps you’ve taken, your heartrate, diet, sodium levels, and even your blood alcohol level, but it neglects to track the one thing that regularly affects 50% of Apple customers.

There are some apps and services out there that track periods and ovulations, but the whole point of Health is to compile all your data into a single app. If Apple can track the steps I’ve taken, why can’t it tell me when it’s my time of the month?

Unfortunately, it’s not surprising that the Health app excludes a feature that’s important for women’s health. Apple is not a company that regularly takes women’s needs into account. Only one of the company’s top executives is a woman, and, as I’ve written time and time and time again, Apple neglects to feature women on stage at its highest-profile events.

For women, comprehensive health data is not truly comprehensive if it excludes period tracking. It’s time Apple recognizes this fact and does something about it.