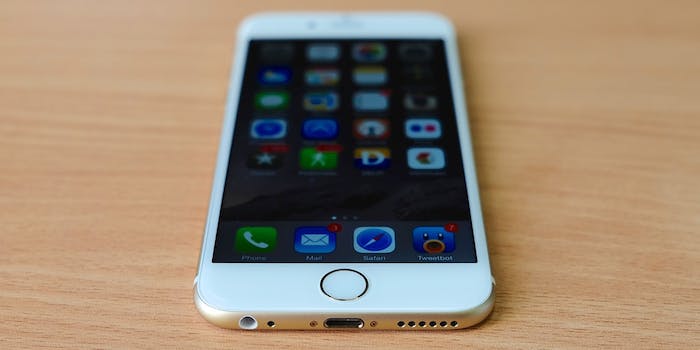 'The Founders would be appalled.'

Apple filed a sharply worded brief in the San Bernardino iPhone court battle on Tuesday, inveighing against the legal arguments of a Justice Department that it accused of technological ignorance, legislative indifference, and jurisprudential amnesia.

The company is fighting a court order, issued in February by a California magistrate judge, that requires it to write code that would let the FBI flood the phone of San Bernardino shooter Syed Farook with password guesses.

Apple, backed by technical experts, civil-liberties advocates, and tech companies, argues that the order would set a dangerous precedent. The court case is part of a broader debate about the role of encryption in modern society and the challenges of balancing law-enforcement and counterterrorism needs with individuals’ digital security and privacy.

Court briefs can be difficult reads, so in the interest of illuminating Apple’s arguments and recapping the major developments in this legal saga, we’ve selected some of the company’s boldest, bluntest, and most acerbic lines.

“The Founders would be appalled”

That’s how Apple concludes an opening paragraph in which it asserts that, “according to the government, short of kidnapping or breaking an express law, the courts can order private parties to do virtually anything the Justice Department and FBI can dream up.”

In the same paragraph, Apple accuses the government of trying to “rewrite history by portraying [the All Writs Act, the law that underpins the court order] as an all-powerful magic wand rather than the limited procedural tool it is.”

“The government’s brief assails Apple’s intentions and motivations. We do not intend to respond in kind.”

Despite uncharacteristically blunt language through this reply brief, Apple wants the court to see it as the reasonable party, in contrast to the government’s supposed grandioseness and arrogance.

“The Justice Department and FBI are asking this Court to adopt their position even though numerous current and former national security and intelligence officials flatly disagree with them.”

“This is an exercise in wishful thinking, not statutory interpretation.”

This is how Apple describes the government’s argument that the All Writs Act—the 18th-century law that the California judge relied on to issue the iPhone order—should be read broadly. Apple wants the court to construe it narrowly. It argues that the government views it, wrongly, as a “font of virtually unlimited authority empowering courts to issue any and all orders that the government requests in the pursuit of ‘justice.'”

“The government seeks an order here that is neither grounded in the common law nor authorized by statute.”

This bold charge is Apple’s way of introducing a rebuttal to the government’s citation of several All Writs Act cases. Apple’s argument is that none of those cases involved “requir[ing] a private non-party to perform burdensome forensics work, create new software, or compel speech to assist law enforcement.”

“It is telling that the government fails even to confront the hypotheticals posed to it.”

In its legal briefs, the Justice Department has avoided endorsing specific limits on the power of the All Writs Act. Apple contends that, if it designed what it calls “GovtOS” for this case, it would open the door to future orders compelling it to design other types of code, including code to surveil its users.

The government’s All Writs Act philosophy, Apple says, “has no limiting principle.” Its lawyers, the company contends, have not explained “how there is any conceivable daylight between GovtOS today, and LocationTrackingOS and EavesdropOS tomorrow.”

Apple wants the court to throw out the iPhone order in part on the basis that Congress and the public are debating the issues that it raises. Its brief cites Rep. Bob Goodlatte (R-Va.), the chairman of the House Judiciary Committee, calling the encryption debate “a dynamic policy question … that is too complex to be left to the courts and must be answered by Congress.”

Apple’s argument here is that, because of this public and congressional debate, the court should consider the order part of a “political question” that is not fit for judicial involvement. (The Supreme Court rejects many cases related to politically charged fights between the other two branches by calling them “political questions.”)

The government, Apple says in its brief, “sidesteps limitations imposed by the political question doctrine by assailing a strawman [and thus] ignoring governing law and salient facts.”

“The government fails to address this truism.”

Apple also argues that a 1994 wiretapping law, the Communications Assistance for Law Enforcement Act, casts a relevant shadow over these proceedings.

The law required phone and Internet service providers to design their equipment to be wiretap-friendly, but it prohibited the government from demanding specific designs to that effect, and it exempted other companies from the mandate.

“If companies subject to CALEA’s obligations cannot be required to bear [a design mandate] burden, Congress surely did not intend to allow parties specifically exempted by CALEA (such as Apple) to be subjected to it,” Apple argues. “The government fails to address this truism.”

Apple launches another sharp barb on this front by saying, “Although the Administration is free to keep its powder dry for future lobbying efforts, the Constitution does not give the Executive Branch the ‘option’ of asking the courts to rewrite CALEA.”

Apple and its supporters argue that, because writing the requested code would run contrary to its public positions prizing security and privacy, the court order represents an undue burden.

“Seeking to belittle this widely accepted policy position,” Apple writes, “the government grossly mischaracterizes Apple’s objection to the requested Order as a concern that ‘compliance will tarnish its brand’ … a mischaracterization that both the FBI Director and the courts have flatly rejected.”

“…fundamental misunderstanding or reckless disregard of the technology at issue…”

In the Justice Department’s last court filing, it suggested that, if Apple would rather not write the code itself, perhaps it would rather give the government the highly sensitive data necessary for investigators to write that code.

Apple called this a threat and argued that it highlighted the government’s technological ignorance.

“The government also implicitly threatens that if Apple does not acquiesce, the government will seek to compel Apple to turn over its source code and private electronic signature. … The catastrophic security implications of that threat only highlight the government’s fundamental misunderstanding or reckless disregard of the technology at issue and the security risks implicated by its suggestion.”

“This is a reckless and unfounded allegation.”

In a footnote, Apple points out that the Justice Department has accused Apple of developing unbreakable encryption as a public-relations strategy. Apple rejected this argument, calling it “a reckless and unfounded allegation.”

“Since passcode-based encryption was first introduced in October 2014, Apple has produced 627 separate ads in the United States and approximately 1,793 ads worldwide,” the company noted. “These ads have generated 99 and 253 billion impressions, respectively. … Not a single one advertised or promoted the ability of Apple’s software to block law enforcement requests for access to the contents of Apple devices.”

Apple seems particularly angry at the government’s parallel suggestion that the ever-increasing security features of iOS are meant as a middle finger to investigators. “The idea that Apple enhances its security to confound law enforcement is nonsense,” the company argues, adding that its encryption “is designed to secure [iOS] against the never-ending threat from hackers and cyber-criminals.”

“…the government misunderstands the technology and the nature of the cyber-threat landscape.”

Apple argues that, if it writes the requested code, it faces the possibility of that code being stolen, which could prove devastating to the personal security of iOS users worldwide. The Justice Department rejects that possibility.

Citing attached testimony from one of its engineers, Apple calls the government’s dismissal of the risk evidence that it “misunderstands the technology and the nature of the cyber-threat landscape.”

Apple and its supporters have had a field day with the reset of the shooter’s iCloud password. At first, the government blamed the San Bernardino County Health Department, which employed the shooter, provided him with his iPhone, and thus owned both the device and the associated account.

But then the government admitted that FBI agents had instructed county officials to reset the iCloud password in the hope of obtaining the data stored therein. Unknown to them, this prevented the agents from prompting an auto-backup of the shooter’s data to iCloud, where Apple could have internally accessed it.

FBI Director James Comey admitted that the password reset had been a mistake, but the government argued in a subsequent court filing that it had had a good reason to reset the password after all.

“The Justice Department’s shifting, contradictory positions on this,” Apple argues in its filing, “discredits any notion that the government properly exhausted all viable investigative alternatives before seeking this extraordinary order from this Court.”

“…the government has it exactly backwards…”

Apple is making a First Amendment argument in this case: that code is speech, that the court order directing it to write code amounts to compelling speech, and that this violates the company’s First Amendment rights.

The government argues, among other things, that it is not compelling speech, but rather, a form of conduct—”the removal of barriers” from the phone, to quote the government—which the code will achieve.

“But the government has it exactly backwards,” Apple writes. “It is asking the Court to compel Apple to engage in speech, writing code that is ‘offensive to it’ … and that it vigorously opposes—to help the government engage in the conduct of ‘brute-forcing’ the iPhone to try to determine the passcode.”

“This is a stretch to say the least.”

Defending the court order from free-speech objections, the government cited a case in which a court upheld Congress’s ability to condition law-school funding on those schools letting military recruiters attend recruitment events.

“This is a stretch to say the least,” Apple writes. “There is an obvious difference between a recruitment event at a law school—which would likely constitute a limited public forum at state-funded schools … —and forcing Apple to write new and unwanted code.”

“…well-meaning but without understanding.”

Apple may have promised not to “respond in kind” to the government impugning its motives, but the company seems happy in this brief to impugn the Justice Department’s competence.

In its closing paragraph, Apple quotes Supreme Court Justice Louis Brandeis, who, in a dissent in the wiretapping case Olmstead v. United States, wrote that “[t]he greatest dangers to liberty lurk in insidious encroachment by men of zeal, well-meaning but without understanding.”

“Well-meaning but without understanding.” That sounds an awful lot like Apple’s opinion of FBI Director James Comey and the other officials backing the magistrate judge’s court order.

If this brief is any indication, the March 22 hearing during which both sides will present their arguments to the judge will be an amazing thing to watch.