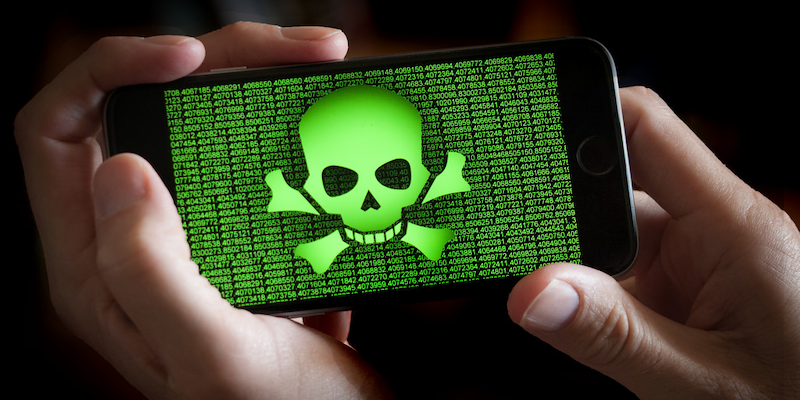 If you're worried about malware, some preventive software can help.

Android offers a number of benefits over iOS when it comes to customizing your phone experience exactly to your liking. However, that openness comes at a price: security. While the risk of downloading a virus isn’t as great as it was a few years ago, it’s still a threat. Luckily, you can give yourself an extra layer of protection with an Android antivirus app on your phone.

The Google Play Store isn’t the Wild West it was back in, say, 2012. Google has been working on ways to make sure apps don’t fake their way into the top charts with false reviews, fraudulent installs, or incentivized ratings.

Still, malware continues to sneak its way into legitimate Google Play apps. Google also recently ousted 40 apps from its Store in one of the largest Android malware campaigns discovered to date.

On top of that, the recently revealed especially KRACK vulnerability in Wi-Fi routers makes Android devices vulnerable to hacking, viruses, and malware (particularly on public networks).

Having antivirus software monitoring your phone is a great precaution against malware—other than using good common sense when downloading apps or browsing the web. Some apps will prevent a malicious install from taking hold in the first place. Others can notify you if unusual activity on your handset, such as excessing battery drain, could be a sign that your phone is harboring a virus. Here are the best antivirus apps for Android.

The best paid and free antivirus for Android phones

Norton Security and Antivirus (free) scans for malware, spyware, and Android-specific viruses. If you lose your phone, it also gives you the ability to remotely lock it and wipe it. (You can also make your phone “scream” if it’s just misplaced somewhere in your home). When you’re browsing the internet, the app can show you a website’s safety and shopping rating before you open it, and will hide known malware-infected sites from your search results.

In the premium version, the app will also check apps for high battery or data usage before you complete a download in order to avoid downloading a malware-laden app. However, that paid version is pricey: $24.99, but that price covers up to 10 devices.

Avast Mobile Security (free) alerts you when you’ve downloaded an app that’s actually spyware or adware. It also secures your phone against phishing attacks attempted over email, websites, phone, or text messages. When you first open the app, it automatically scans your device for infected apps and Trojans.

Avast offers some handy features for your own security, too. The app can block unwanted calls and includes a PIN-protected photo vault to secure personal photos (whether those are NSFW or photos of important documents). If your phone is ever stolen, you can also use the app to secretly capture images and audio of the person using it.

Sophos Mobile Security (free) is a longtime leader in the smartphone security space. The app scans downloads for malicious or inappropriate content as you install them. You can also schedule the app to scan your apps and media regularly. The app also offers tools to help you be more proactive about your digital safety. For example, it tracks apps that request your personal data and offers occasional advice on how to improve security on your device.

And in addition to allowing you to password-protect apps, it also keeps track of your saved passwords (in the KeePass file format). It also offers protection against spam phone calls and, like other security apps, offers tools to help in case you lose your phone.

Bitdefender Antivirus (Free) is one of the highest rated antivirus apps out there. It offers real-time protection against malicious websites in Chrome and scans apps for malware (and for whether they’re liable to leak your information). You can also password-protect apps, if you choose, and has an email privacy check that lets you know if your email has been hacked or not.

For all of its features, you will need to pony up with a $15 annual subscription following a 14-day free trial period.

On top of the features you’d expect from an antivirus app, AVL (free) also aims to protect your phone in a way that’s efficient, resource-saving, and energy-saving. It can detect and scan a variety of file formats and also keeps an eye out for executables such as DEX, ELF, EPOC and PE files. You can customize the scan speed of the app, as well as its detection capabilities.