Somehow this doesn't seem too patriotic.

When an political commercial is designed solely to scare college students out of getting health insurance, you know it’s going to have to cross a line. We just didn’t know it would be this one: casting a creepy Uncle Sam as your OB/GYN. Yes, the thrust of the “Opt Out” campaign is that Obamacare automatically replaces your medical professionals with patriotic cosplay perverts.

Generation Opportunity is the cynical name for the conservative group, tied to notorious rainmaker billionaire brothers Charles and Ed Koch, that spent all of $750,000 on the message that “no, you’re actually not required to buy health insurance,” as president Evan Feinberg told Yahoo News. Though you may have to pay have a fine, he added, you’re somehow better off in the long run. Why not give yourself a pap smear for a change?

The tagline for this “Opt Out” movement is “Don’t let the government play doctor,” as if the entire national debate about skyrocketing health costs was really a smoke screen in order for the New World Order to get inside your pants and… do what, exactly? Just have a look around, for kicks? Perform a genital census? Don’t think about it too hard, or you’ll blow a blood vessel and end up in the emergency room. I shudder to tell you what happens there.

UPDATE: Could this Craigslist ad be the casting call for a real-life version? We reached out for more information. 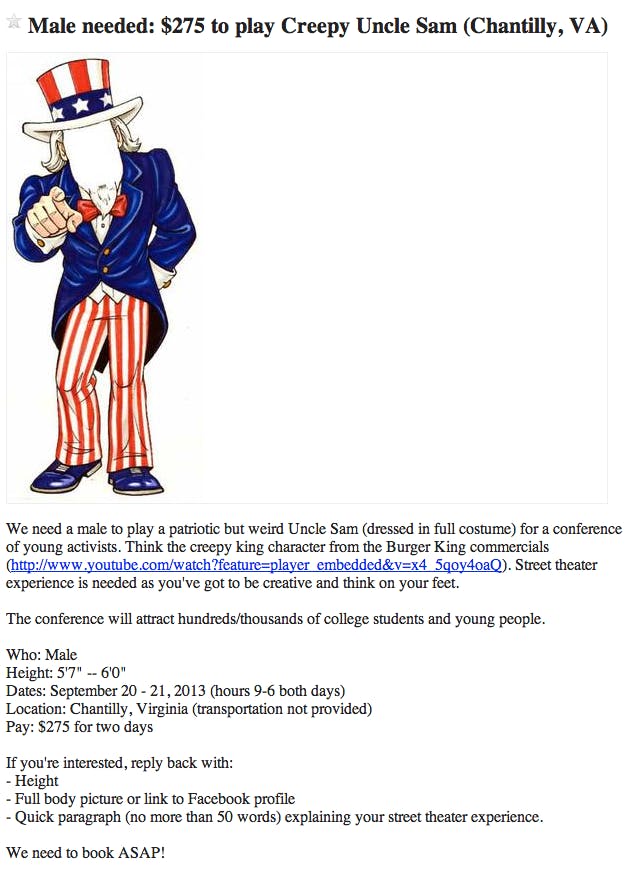