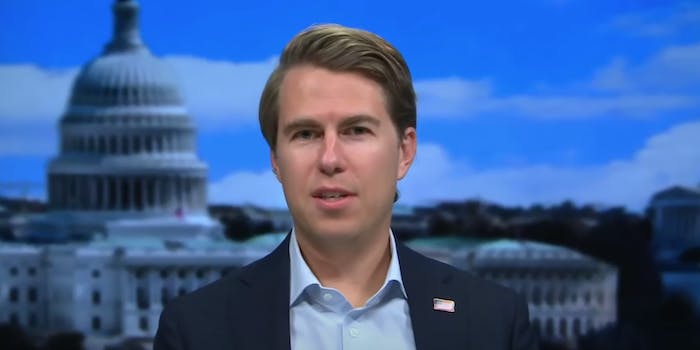 Taylor claims to have written the 2018 op-ed detailing 'resistance' efforts within the White House.

Former Department of Homeland Security (DHS) chief of staff Miles Taylor claimed to be the “anonymous” author of a New York Times op-ed on Wednesday that outlined “resistance” efforts inside the White House.

Published in September of 2018, the article detailed the anonymous author’s vow to thwart the president’s “agenda” and “worst inclinations” from the inside.

At the time, Taylor was a policy advisor at DHS.

The controversial op-ed reportedly outraged Trump at the time and helped launched an extensive effort to out any potential leakers from the administration.

Taylor, who resigned from his position in April of 2019, now claims that he was not only the author of the op-ed but was also responsible for the anonymously-authored book “A Warning.”

In a statement online, Taylor outlined why he chose to remain anonymous and repeatedly deny his involvement in the op-ed up until now.

“The decision wasn’t easy, I wrestled with it, and I understand why some people consider it questionable to levy such serious charges against a sitting President under the cover of anonymity,” Taylor wrote. “But my reasoning was straightforward, and I stand by it. Issuing my critiques without attribution forced the President to answer them directly on their merits or not at all, rather than creating distractions through petty insults and name-calling.”

Taylor, who describes himself as a Republican, went on to label the president as a “man without character” whose “personal defects have resulted in leadership failures so significant that they can be measured in lost American lives.”

Taylor had already drawn the ire of conservatives last August after publicly endorsing Democratic presidential nominee Joe Biden. Taylor has once again thrust himself into the spotlight following Wednesday’s announcement.

The news drew partisan reactions online, with many either calling the former government official a “traitor” or a “hero.” Many progressives, however, pushed back on the lavish praise of Taylor, arguing that his involvement with the Trump administration was hardly worthy of celebration.

But the primary reaction from most of Twitter appeared to be “who?”