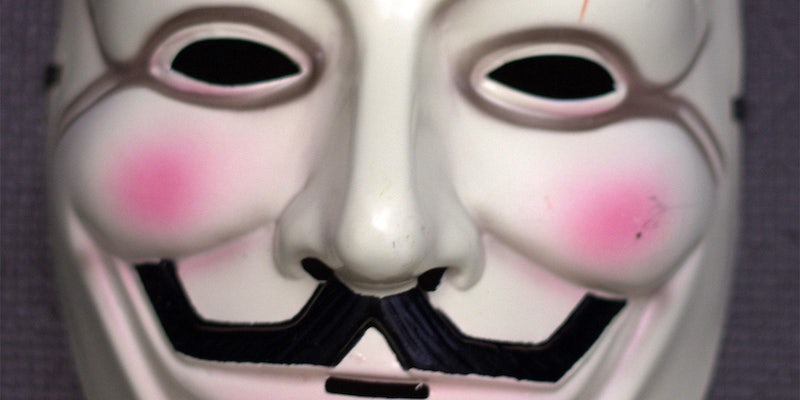 Most of the 14 Anonymous members have copped to one felony and one misdemeanor in hopes of landing a probation sentence.

In federal court on Thursday, the group of Anonymous hackers known as the PayPal 14 entered pleas to charges filed against them for a 2010 cyberattack on the electronic payment service PayPal.

Working with many other Anonymous hackers, the 14 allegedly launched a distributed denial-of-service attack (DDoS) on PayPal after the company stopped processing donations to the whistleblower site WikiLeaks.

As of publication, 10 have taken pleas that will likely land them a modest $5,600 fine and one to three years of probation. Two more will probably spend 90 days in prison to avoid being labeled felons. One has yet to enter a plea.

The names of the PayPal 14 are (in no particular order): Vincent Kershaw, Ethan Miles, Christopher Vo, Drew Phillips, James Murphy, Mercedes Haefer, Keith Downcy, Dennis Collins, Jeffrey Puglisi, Daniel Sullivan, Tracy Valenzuela, Donald Husband, Christopher Cooper, and Josh Covelli. As of writing this piece, their court hearing is still going on. Several reporters have been livetweeting the proceedings, most notably, Alexa O’Brien. Here are the deatils of the proceedings, according to O’Brien’s feed:

According to O’Brien, 10 pled identically and will likely avoid prison entirely:

Apparently, provided they comply with the plea agreement, the prosecutor’s will advocate that in a year their felonies be withdrawn:

If they comply w terms, USG would then recommend 1-3 yrs. Means they essentially walk free in a year with $5600 restitution to PayPal #PP14

Philips and Miles took different pleas that, in the best-case scenario, will probably get them 90 days in prison but allow them to skirt the felony label:

‘All but two the same procedure would be followed. Drew Alan Phillips and Ethan Miles would be different in plea. #pp14

[Miles] is only pleading guilty to a misdemeanor, so after a year he will spent 90 in prison (and restitution). #pp14

For damages, each of the 13 aforementioned will pay $5,600 in damages to PayPal, in total much less than the company claimed to have suffered:

Collins, the last of the defendants, is being prosecuted in the Eastern District of Virginia and was not in court today:

Collins is the fourteenth– (reason there are only 13 today) Collins is facing prosecution in the Eastern District of Virginia. #pp14

According to Alexa O’Brien’s Twitter, she will be publishing a complete wrap up at the Daily Beast.