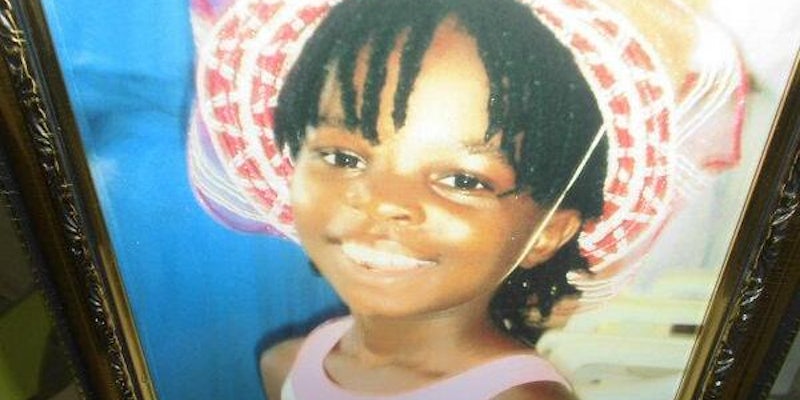 It reads like the script of a thriller: an inexplicably wealthy African dynasty, a meeting with the president of the United States, and finally a call to action by Anonymous.

It reads like the script of a thriller: an inexplicably wealthy African dynasty, a meeting with the president of the United States, alleged ritualistic murders of helpless children, and finally a call to action by Anonymous.

The government of Gabon has for four decades been in the hands of the Bongo family. Late President Omar Bongo ruled for 41 years through what The Guardian once pegged “high-level cronyism and corruption [that] astonishes diplomats from other African countries.”

Now out of Omar’s son Ali Bongo’s Gabon come reports from multiple sources about the abduction and ritual murders of children, their body parts used by regime members in mystical ways meant to extend their power, virility, riches, and lives. Heather Marsh, founder of international activist platform Global Square, reports, “People are placed on train tracks, river banks, in fires and hospitals to disguise ritual killings. But organs are missing.”

“Kill, steal and murder, promotions await you,” say the people of Gabon. The number of killings escalates when an election or political nominations are near. There were 290 ritual killings between 1986 – 2012 just for the province of Ogooué-Ivingo. Since 2009, about 181 killings and mutilations have been reported, including 42 only from January to June 2012. The real numbers are probably much higher as many are afraid to report. There has been no conviction for any person (mostly politicians) known for having given orders for the killings.

On March 17, according to Anonymous, 7-year-old Atsame Astride was reportedly murdered by people who then drained her blood and removed her eyes and lips, leaving the body behind as a hunter leaves a skinned seal.

Outraged by these murders, and by the avarice of the ruling class that keeps the natural wealth of the country from its people, Anonymous has called for an international day of action on Saturday, April 13. A tweetstorm has been called, in which the hacktivists attempt to make #OpGabon trend internationally by encouraging supporters to copy/paste pre-written tweets, thus gaming the Twitter rankings. Multiple other actions have been suggested, including spamming the office of the president and the U.N., and signing one of two petitions at Change.org and Avaaz.com.

The ultimate goal of OpGabon is to embarrass not only the Bongo regime, but also the U.S. government, which has pumped a significant amount of money into Gabon in development and humanitarian aid. Gabon also heads up the U.N. Security Council, making it politically embarrassing to call them out on actions at home.

President Obama was scheduled to meet with Ali Bongo next week, but the U.S. State Department has reportedly canceled the meeting.

Anonymous’s impact is unclear, but a Topsy search shows that OpGabon was tweeted about almost 3000 times on Thursday. Previous tweetstorms, such as OpRohyingya and OpFreeAishah, have led to international media attention.