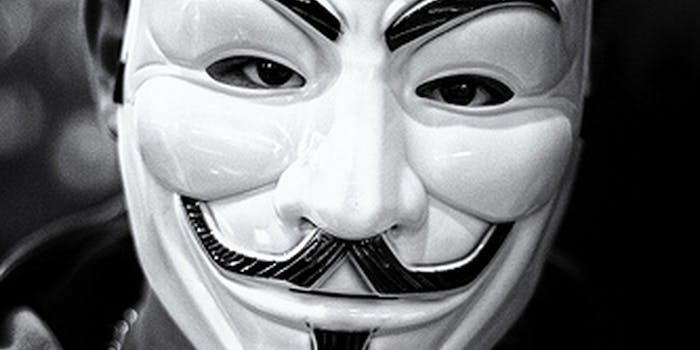 The hacking of Mexican goverment sites on election day signaled the start of #OpCorrupcion, Anonymous members on Twitter claimed.

Anonymous appears to be behind the hacking of a Mexican political party’s Website on Sunday, election day.

A video of a person wearing a Guy Fawkes mask was posted on the site of the New Alliance Party, urging people to hack into sites and email accounts to find evidence of government corruption, according to an Associated Press report. The party was backing the gubernatorial run of Mexican President Felipe Calderon’s sister, Luisa Maria Calderon.

Members of the group are also claiming responsibility for similar attacks on five Mexican state government sites on Saturday.

“Many thanks to all participants in Phase 1 # OpCorrupcion, we have shown that in Mexico there is apathy and all shootings,” @anonopshispano tweeted Monday morning.

The attacks on the sites appears to be the first major action of #OpCorrupcion, which Anoonymous announced last week. Unlike a previous movement, #OpCartel, the latest operation specifically targets government agencies and officials instead of the violent drug cartels that have been embroiled in a drug war that has claimed more than 43,000 lives in the past five years.

People claiming to be members of Anonymous said the original operations, known as #OpCartel, was canceled because the cartel Los Zetas released a kidnapping victim.

Various people claiming to be members of Anonymous have asserted that the group has more than 25,000 emails suggesting links between government officials and the drug cartels, which move cocaine and other drugs into the United States. So far, however, most of Anonymous’ majors operations in Mexico have been denial-of-service attacks, like the one carried out on Sunday during the Michoacán state elections.