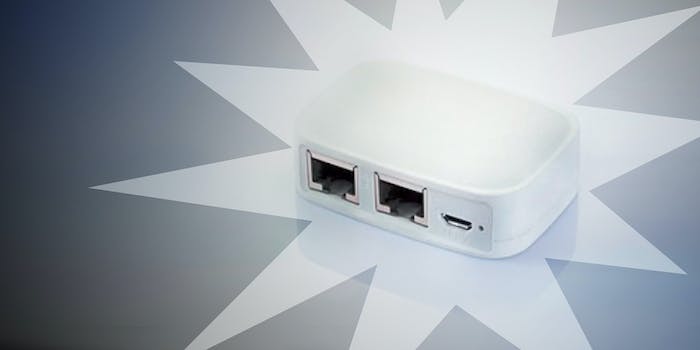 Controversial anonabox is back, raises $14,000 on Indiegogo in 2 days

Can it make good on its broken promises?

Just under a month after Kickstarter suspended the privacy-centric anonabox for misleading its customers, the controversial router is now on Indiegogo for another go—and it’s already raised almost $14,000. 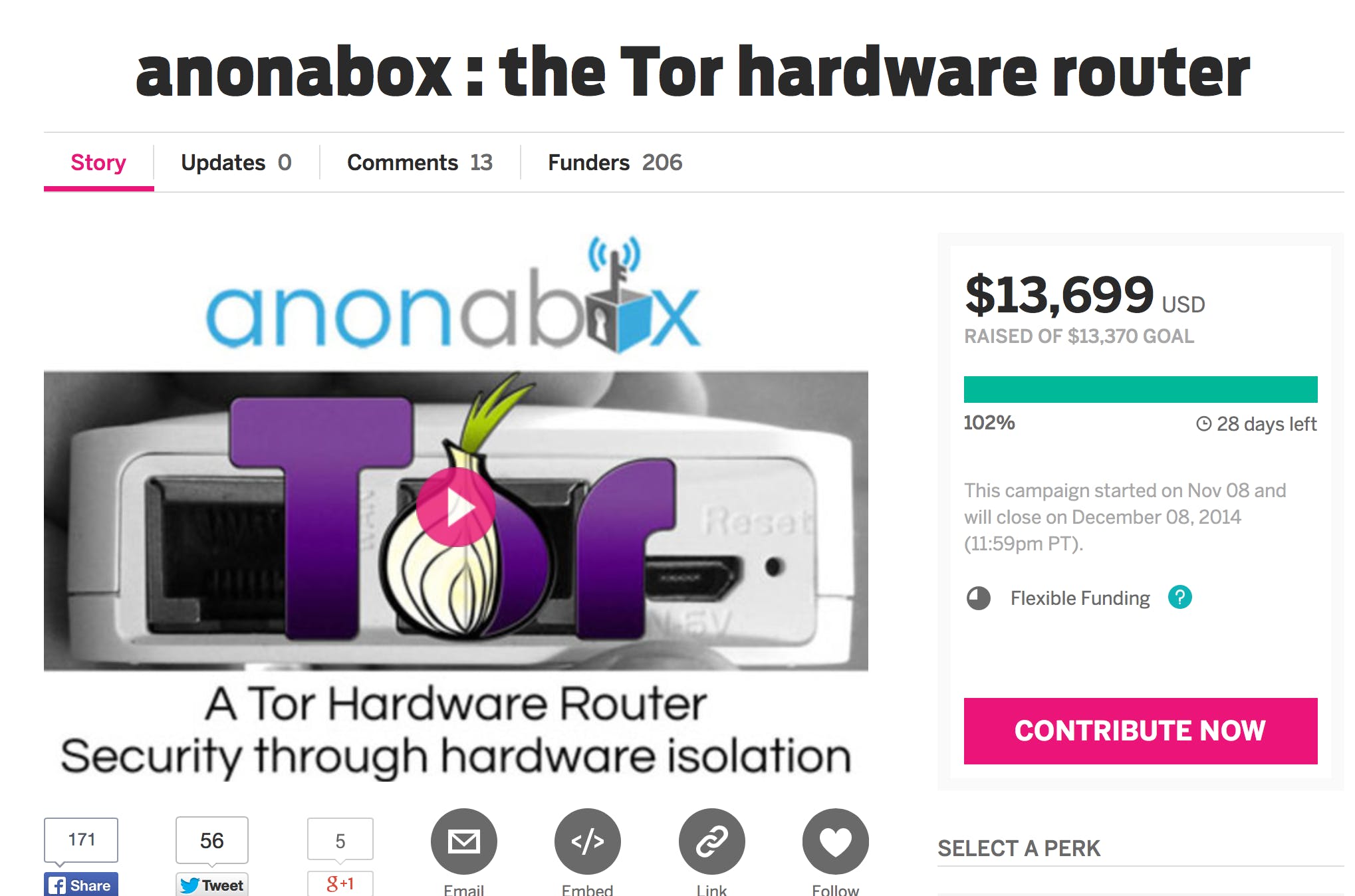 The anonabox first launched on crowdfunding site Kickstarter in early October, promising plug-and-go anonymity by routing all traffic through the Tor network by default. Despite asking for just $7,500 in total, the campaign ended up receiving almost $600,000 in backing from almost 9,000 privacy enthusiasts and enjoyed glowing write-ups in the Guardian, Wired, TechCrunch and beyond, before Kickstarter finally pulled the plug.

The reasons for the campaign’s shutodown were numerous, including: The project claimed to be four-years in the making, but its circuity was sourced straight from online marketplace Alibaba at $20 a pop; the off-the-shelf hardware meant the claims that it was totally open-source were misleading; the promotional material was clearly photoshopped; critics highlighted what appeared to be glaring backdoors in the software; and it was allegedly less secure than just connecting to Tor via the official Web browser bundle.

Now, however, the anonabox has returned, turning to alternative crowdfunding site Indiegogo to raise capital. The new, month-long campaign launched on Nov. 8, and just two days in, it has already raised almost $14,000, easily exceeding its $13,1370 target.

A promotional diagram from the Indiegogo page.

Tacitly acknowledging the barrage of criticism the original product faced, the official page says that the team “got a lot of input from developers and the Open Source community,” and the “feedback we received was enough to make the device better than ever.”

The new-and-improved “gen 5” anonabox will have a “totally custom built circuit board available nowhere else in the world,” a new outer case, a “hardened version” of open-source operating system (OS) OpenWrt, and a “more secure configuration” of the latest version of Tor.

The funds raised will go towards Federal Communications Commission (FCC) certification, “production costs” and new features, the campaign page says, and a “portion” will also go to digital-rights advocacy group the Electronic Frontier Foundation (EFF), as well as to the Tor Project. EFF’s Dave Maass told the Daily Dot he had been unaware of promised donation before we reached out. Maass added that they do not endorse the product, but are also not in the business of “policing donations.”

It remains to be seen whether the anonabox, led by “IT security professional” August Germar, has managed to address all the issues that critics raised with its previous iteration. But having raised more than ten thousand dollars in just two days, close scrutiny is likely imminent.

However, even if serious issues are raised, its unclear whether Indiegogo will suspend the anonabox campaign. In contrast to Kickstarter’s relatively stringent vetting process, Indiegogo is much more relaxed over what it allows on its platform. It recently refused to suspend a pseudoscientifc ultrasonic health product even after its creator admitted to the Daily Dot there was no evidence of the product’s efficacy, and numerous other dodgy devices have raised millions of dollars on the site, despite experts’ warnings.

This time, Germar may make good on his promises, and deliver affordable plug-and-go anonymity for all. But even if he doesn’t, he’ll still be walking away with tens of thousands of dollars.

Update 6:10pm ET, Nov. 10: Steve Lord from IT Security Guru reports that Germar is misrepresenting his involvement with the Tor Project, claiming to volunteer for support forum Tor Stack Exchange despite no evidence of his contributions and claiming to be an admin of the Tor Project’s LinkedIn page—a page former Tor official Runa Sandvik has confirmed is unofficial.