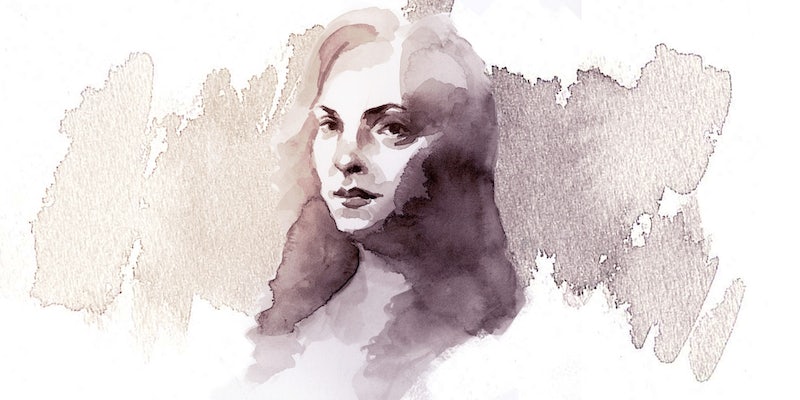 The Young Turks’ co-host is ready for primetime.

The good news for TV executives is that more people are watching CNN, MSNBC, and Fox News than ever before. The bad news is that trust in mainstream media sits at a historic low. American cable news is widely watched and equally reviled.  If there’s a silver lining, it’s that dissatisfaction with cable news in particular is fueling the growth of online news.

The Young Turks bills itself as “the world’s largest online news show.” The progressive YouTube news network boasts 10 shows and 2.9 million subscribers. Beginning on the radio in 2002, the franchise has expanded into a budding, distributed media empire that can be viewed via Hulu and Roku. In September, the Young Turks will be making the leap to cable TV with a weekly show on Fusion that will cover the 2016 election.

In terms of raw numbers, the Young Turks is still decisively a tier below the big three news networks. But during an election cycle in which cable news is being harshly criticized from all political angles, the Young Turks is enjoying a surge in both viewership and loyalty.

“The great thing about the Young Turks is that we’ve always stayed true to our principles,” Ana Kasparian, the 29-year-old co-host of the network’s flagship show, told the Daily Dot. “We’ve always been willing to cover public figures and topics even when we know it’s not necessarily popular or it’s not going to lead to a tremendous amount of hits.”

Kasparian sits behind the desk alongside 46-year-old Cenk Uygur, the co-founder of the Young Turks. From there, she analyzes the news for two hours every day from 6 to 8pm ET, focusing on not just the day’s news but also blistering media criticism, furthering her challenge to the status quo.

They’re an unlikely pair of liberal icons. Both grew up holding close to arch-conservative beliefs but have since jumped to leadership in the American left in adulthood. From an anti-drug and anti-gay-marriage starting point in her youth, Kasparian walked onto the Young Turks’ set for the first time in 2007 as a temp looking for a little extra money for a trip to Europe. The job would end up changing her life.

In the last decade, she’s emerged as a progressive advocate for issues like the legalization of drugs, gay marriage, and prostitution. The shift was so dramatic that she looks back on her conservative youth with more than a little amused embarrassment.

“We strive for authenticity, and the success of the Daily Show modeled a proven strategy for us.”

“As you get older,” she remembered, “you’re humbled by the fact that you’re a moron.”

Starting with a 3am shift, Kasparian worked her way up through marketing, booking, and then hosting to where she is now: one half of a duo breaking out of the old TV news box.

As I type this, CNN just broke over 24 straight hours of shallow coverage on the crash of Egypt Air flight 802 and Donald Trump. Spectacle is standard; fact-checking seems rare. It’s easy to see why people ache to change the channel—or to turn off the TV altogether.

“The sense that I get is that every election cycle, the mainstream press devolves more and more,” Kasparian said. “During this election cycle, what really bothered me is that you have a candidate as divisive as Donald Trump who doesn’t even really need to spend much of his own money to run ads because the mainstream media is doing the bidding for him.”

“That’s really what’s kept me at TYT even though I’ve gotten offers where I’d make a lot more money working at other media outlets: There’s a value in making sure we inform our audience so they’re responsible members of the democratic process,” Kasparian said. “To me that’s more valuable than ratings or money or anything else you can get at these other networks.”

While the major networks spent much of 2015 mostly ignoring Sanders, Kasparian and her colleagues reported on his campaign and transparently championed his causes. In doing so, the Young Turks successfully tapped into the momentum and support Sanders found online. TYT has seen a 75 percent increase in YouTube subscribers since the election cycle kicked off in early 2015, and a tripling of its Facebook fanbase to over 1 million.

“Because there was an underserved market out there, people turned to us for that kind of reporting,” she said. “It kind of happened on accident.”

Transparency is a key notion to understand about Kasparian and the Young Turks. There’s no missing the politics of Kasparian and Uygur. They’re liberal. That fact isn’t hidden—it’s a feature of the show. In that way, the Young Turks showcases the influence of Jon Stewart.

“Stewart served as a breath of fresh air and inspiration for me and my colleagues at the Young Turks,” Kasparian wrote in the New York Times last year. “We confess our liberal leanings, but are also quick to criticize liberal wrong-doings in Congress. We don’t want to pander based on political affiliation, or obsess over neutrality. We strive for authenticity, and the success of the Daily Show modeled a proven strategy for us.”

Kasparian takes one part Stewart and adds a dose of Democracy Now’s Amy Goodman, one of her journalistic heroes and a quiet icon to journalists tired of chasing ratings over the truth.

Listen, I’m sorry, but CNN just got back to a split screen of people screaming at one another. I have to turn the television off now and go outside.