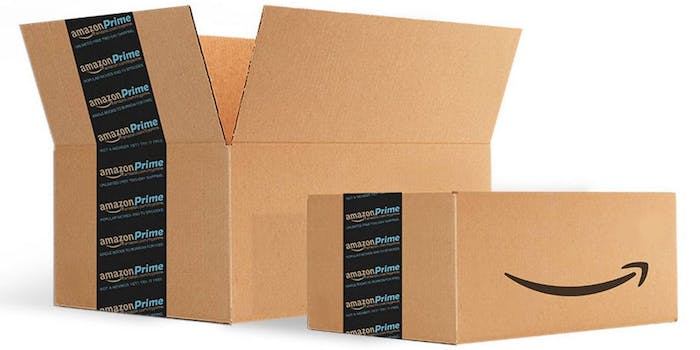 That is a lot of Prime boxes.

If this holiday season is any indication, Amazon is growing faster than you could possibly imagine.

The online retail giant boasts its best holiday season yet, shipping more than 1 billion items over the past few months. That’s more than five times the number of items the company moved last year.

And if things weren’t sweet enough, the company manufactures its highest-selling product, the Echo and Echo Dot. The company shipped nine times more of its devices this year than it did over the same period last year. In fact, keeping the smart speaker in stock is Amazon’s biggest issue. The products have been sold out for days leading up to the holidays, with the Echo not going back in stock until Jan. 26. The Echo Dot became available earlier today.

According to Amazon, Dec. 19 was the peak worldwide shipping day during the holiday season, and Dec. 23 was the biggest day ever for its Prime service, with members ordering three times more items this year than last.

Amazon says 72 percent of those purchases were made with a mobile device, and shopping from the company’s mobile app increased 56 percent. If those stats aren’t insane enough, Amazon customers worldwide purchased about 46 electronics per second using a mobile device on Cyber Monday.

The e-commerce site continues to push automation by launching dozens of robot-enabled facilities over the past few years. It now has 45,000 robotics units working alongside human Amazon employees in more than 20 fulfillment centers.

The company included a number of interesting facts with its holiday update announcement: