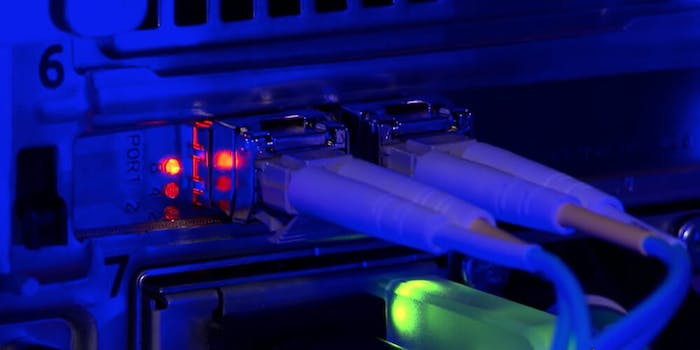 In the fight against global warming, data centers are the rack-mounted, air-cooled elephant in the room.

Every website or online service we use is hosted somewhere–typically in expansive data centers run by a handful of companies, namely Amazon, Microsoft, and Google. Predictably, this comes with a troubling environmental cost. All those energy-thirsty servers need to be powered somehow, after all.

Hoping to mitigate the problem is Amazon, which on Thursday announced a landmark investment in renewable energy for several of its U.S. and U.K. data centers.

In the U.S., it plans to build solar farms in George County, Virginia, and Warren County, North Carolina. In total, these farms will produce 215 megawatts of power annually. A separate wind farm off the Kintyre Peninsula in Scotland will produce a further 50 megawatts of power. In total, that’s enough juice to power more than 62,000 homes. The Seattle-based tech giant says all three farms will be operational by 2021.

Amazon has pledged to power its AWS data centers with 80% renewable electricity by 2024, reaching 100% by 2030. Efforts like these will allow the company to reach that goal, while simultaneously reducing costs. Although Amazon is rumored to have so-called “sweetheart deals” with several local utility companies, power nonetheless represents a major chunk of its ongoing operating costs.

The irony is that, during its nascent years, the cloud was pitched as an environmentally-conscious alternative to hosting websites on power-guzzling dedicated servers. Unfortunately, our collective streaming and social media habits have all but negated any such benefits.

According to a 2018 Nature article, the data center industry annually consumes more electricity than the country Iran, creating 0.3% of global carbon emissions in the process. And as more people connect to the internet, those figures are certain to grow. One estimate sees the global data center industry to consume 8% of the world’s electricity production by 2030.

In the fight against global warming, data centers are the rack-mounted, air-cooled elephant in the room. Thankfully, investments like Amazon’s will go some way to addressing the problem.