Unlimited photo storage for all! (As long as you were already pay $99 a year.)

In its ongoing battle against Google and Apple, Amazon is now offering unlimited photo storage for its Prime members. Prime Photos lets users upload an unlimited amount of photos to Amazon Cloud Drive.

With Prime Photos, you get all the benefits you have come to expect from storage platforms like Dropbox, Flickr, and Google. Automatic photo backups, and Web, desktop, iOS and Android apps are all available. You can even access your photos on the Amazon Fire TV and Fire TV Stick, PlayStation 3, PlayStation 4, and select LG and Samsung TVs.

“With free unlimited photo storage, we’re providing one more reason for members to use Prime every day,” said Greg Greeley, vice president of Amazon Prime. “Prime has always allowed members to conveniently save time and save money, and now with Prime Photos they can save memories too.” 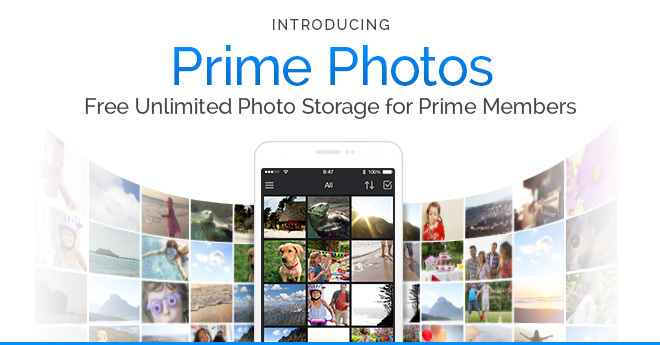 Prime Photos lets you upload full resolution images, including RAW files. In comparison, Google+ limits the resolution of your photos if you want to have unlimited storage. Amazon has one of the most resilient cloud services in the world, which makes it a bit easier to handle all the full resolution photos you can throw at it.

Offering unlimited storage is a no brainer for Amazon, as Prime users already pay a premium of $99 a year for the service. Amazon has continued to try to add value to the Prime subscription, but hasn’t been forthcoming with the number of users who use services like Amazon Cloud Drive.

While this is a great addition to Amazon Prime, how many people will actually bother to use it?

Photo via Steve Jurvetson/Flickr (CC BY 2.0) | Photo via Amazon