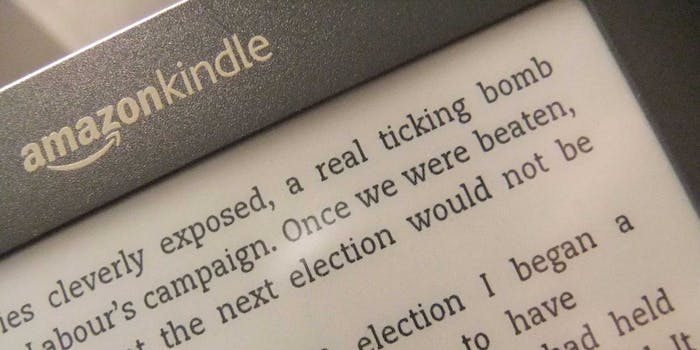 Photo via James Cridland/Flickr (CC BY 2.0)

It’s important to keep your devices up to date. If you’re in possession of an Amazon Kindle, you’re to learn that lesson the hard way if you don’t download a critical update by March 22, 2016.

Amazon has issued warning to owners of older models of the company’s popular e-reader that if they don’t download a critical update to the device in short order, they will no longer be able to access the Internet.

The important update will bring the readers up to speed, preserving the ability to access the cloud-based files that are synced with the devices. It also will ensure that the Kindle can continue to communicate with the Amazon Store to download content.

The Kindle Paperwhite—released in 2012—and every model that was released before it will need to install the critical update. That includes the first through fifth generation of the Kindle, the Kindle DX, Kindle Keyboard, and Kindle Touch.

According to Amazon, failure to install the update will result in the following message: “Your Kindle is unable to connect at this time. Please make sure you are within wireless range and try again. If the problem persists, please restart your Kindle from the Menu in Settings and try again.”

Owners of the devices aren’t entirely out of luck if they miss the March 22 deadline; the update can be applied manually by downloading the file from Amazon and transferring it to the Kindle via USB. Amazon has a database of updates available for its full lineup of devices.