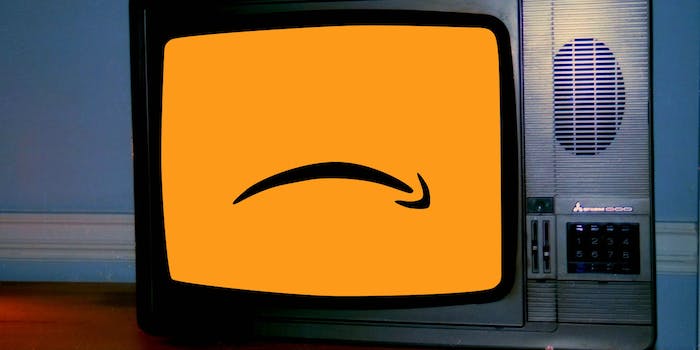 Amazon is killing itself to compete with Netflix

Maybe Amazon just needs to decide what kind of business it wants to be.

While Q3 sales grew to $20.58 billion, the company reported a loss of $347 million in the same quarter, causing the stock to drop to a yearly low in afterhours trading on Oct. 23. Much of the shortfall is blamed on Amazon’s ill-fated smartphone play, but another major factor is its 40 percent jump in operating expenses for technology and content. In other words, Amazon’s dive into original programming could be the reason for its disappointing financial results.

In a quarterly conference call with analysts in July, Chief Financial Officer Tom Szkutak said Amazon was planning to spend $100 million on original series in the third quarter alone. The Seattle-based company has been aggressively pursuing its strategy of creating big-budget pilots and putting them through a crowdsourced vetting process before greenlighting anything. The pilot for Amazon’s newest show, Transparent, has received rave reviews, and on Thursday the company posted the entire second season of last year’s most popular pilot, Alpha House.

Even so, there is no way to judge these shows’ revenue impact on Amazon’s online content strategy. At issue is Amazon’s insular business model for distributing its original programming. All of the content is included in Amazon Prime, which cost $99 per year and also includes expedited shipping and other perks like Kindle eBook rentals. Analysts estimate that Amazon has slightly more than 40 million Prime subscribers. It would need to register more than 20 million new subscribers just to break even on its estimated $2 billion original programming budget. Amazon also counts on a “halo effect” whereby Prime subscribers buy more Amazon products than non-Prime subscribers.

While Netflix and Hulu invest directly in original content, both online streaming services balance their investments with deals that give them the right to air other companies’ content. Lilyhammer appeared on Norwegian TV prior to Netflix and Moone Boy aired on Sky TV before Hulu began distributing it.

Amazon has never explained how its original programming strategy—which currently has more than 20 new shows in development—fit into its broader revenue goals. Competing services have aggressive expanded beyond their own networks to drive viewership and revenue. Netflix’s heralded House of Cards is available on DVD and through Vudu and Google Play, while Crackle has developed a YouTube channel for many of its shows, thus increasing revenue through advertising and branding sponsorships.