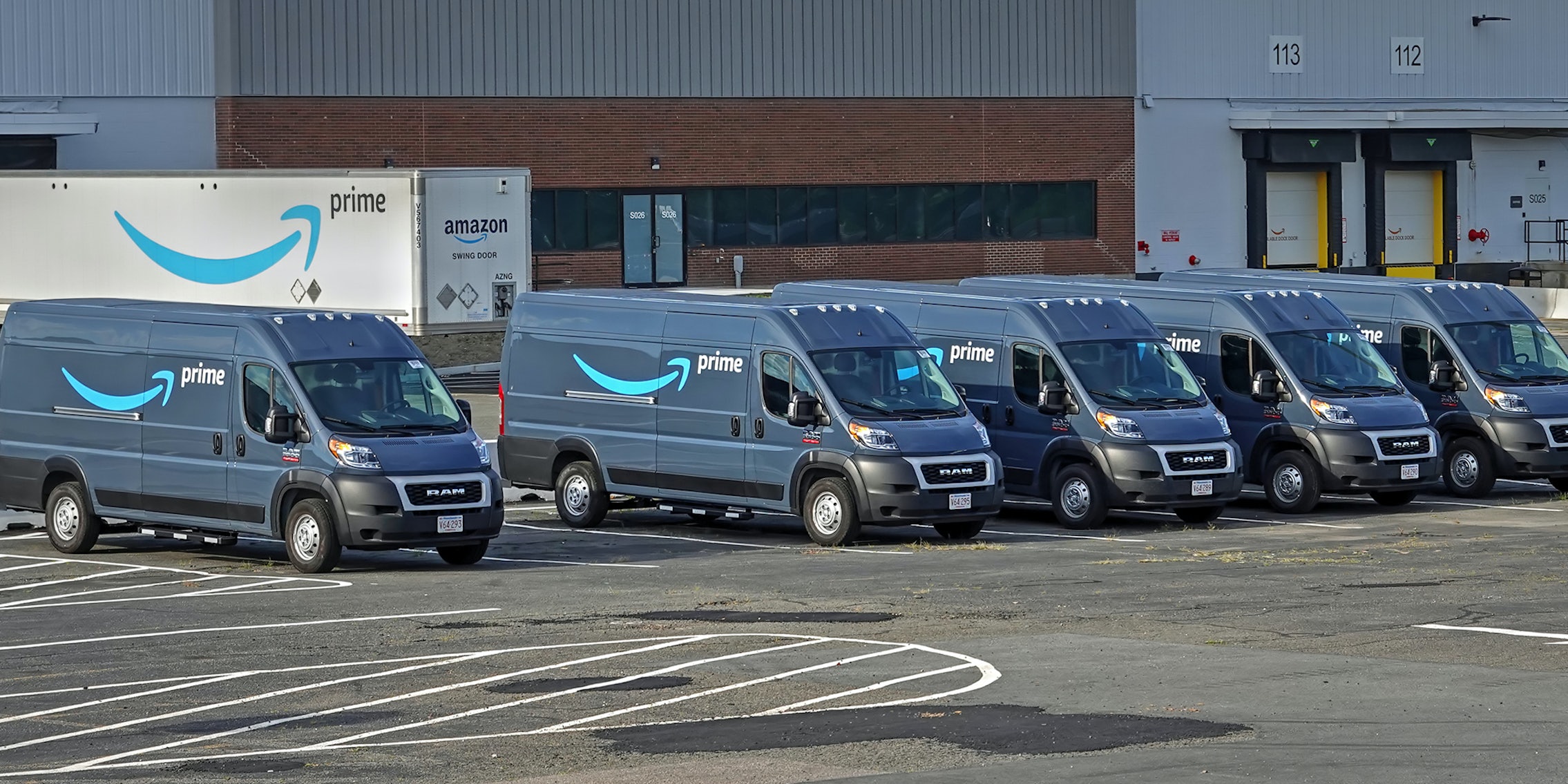 The company will give $5 to drivers who receive 'thank yous' from customers through the Alexa app.

In 2021, Amazon drivers were overworked, harassed, and underpaid, especially during the holiday season. This year, the tech mega-giant will give their drivers a $5 tip if their customer says “Alexa, thank my driver.”

The new initiative, announced by the company on Wednesday, seeks to “provide customers with the opportunity to say thanks.” Amazon said the first million “thank yous” will give each driver a $5 bonus at no cost to the customer. On top of that, the top-thanked drivers will receive $10,000, with $10,000 going to a charity of their choice. The company pitched the pseudo-tipping gimmick as a way for customers to thank delivery drivers while not actually paying them more.

“We love hearing the countless stories from customers about the many ways delivery drivers make their lives better,” the company said. “We are excited for this new opportunity to thank these everyday heroes and giving our customers the ability to help us do it.”

Meanwhile, Amazon is being sued by the D.C. attorney general over allegations that the company misled consumers by using tips to cover delivery people’s base pay. The allegations were previously settled in a Federal Trade Commission (FTC) case last year, but Attorney General Karl Racine is seeking to revive the claims.

“My office is suing Amazon for stealing tips from delivery drivers through a deceptive, illegal scheme that made consumers think they were increasing drivers’ pay when Amazon was actually diverting tips to reduce its own labor costs and increase profits,” Racine said in a tweet.

The total cost of the Amazon program—$5 for the first million “thank yous” plus $20,000 for each of the five most thanked drivers—is $5.1 million.

Amazon has an estimated 250,000 drivers, meaning the $5 million averages out to just $20 per driver for a potential holiday bonus. Amazon’s market cap is nearly a trillion dollars, making this initiative amount to a ten-thousand of a percent of its net worth.

Meanwhile, the company spent $4.3 billion working to bust Amazon’s union campaign last year. While Amazon drivers make somewhere between $18 and $25 per hour, over 70% of UPS workers make $42 per hour, according to S&P Global, as Amazon dominates market share in e-commerce and deliveries.

Amazon has recently made investments to increase driver benefits and raised wages $1 per hour, but Amazon labor advocates say the dollar isn’t enough. These investments, nearly $1 billion over the next year, come at a time when Amazon might literally run out of people to work in its warehouses.

While Amazon could be using this money to pay its workers without some customer aspect attached to it—as it refuses to abide by national labor laws—the initiative will hopefully bring some kindness into Amazon driver’s days, which can be marred with hostility.

As long as Amazon passes real tips on.