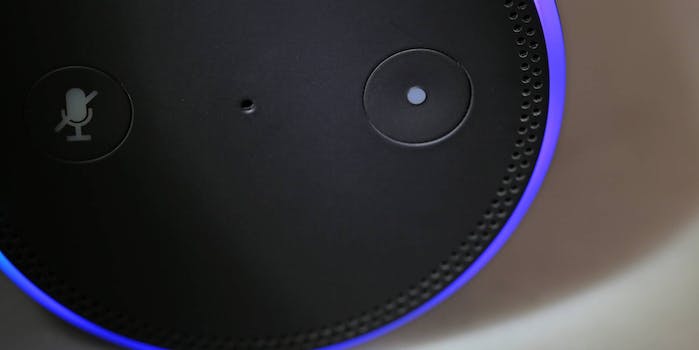 Will we soon have to add 'human' before our names?

A report from the Wall Street Journal chronicled the lives of people named Alexa, post-Echo era, and many of them take issue with their non-human counterpart. They have even run into some rather humorous predicaments that have almost resulted in costly accidents.

In one example, a woman was watching a Canadian TV show whose main character is named Alexis. When the character was told by her dad to order 12 pints of milk, Amazon’s speaker jumped to action.

“The Echo lit up and I immediately started yelling, ‘No, no, no!’ Thank goodness she didn’t order the milk,” she told the Wall Street Journal.

There is a lot of room for overlap between humans and non-humans named Alexa: Amazon has sold more than 11 million Echo and Dot products since 2015, and Alexa was the 39th most popular girl’s name in the U.S. in 2006.

In another example, a man asked his daughter Alexa to grab some water from the kitchen, but it was robot Alexa that answered first. “Amazon’s choice for water is Fiji Natural Artesian Water, pack of 24. It’s $27.27, including tax. Would you like to buy it?”

Some families and friends have resorted to using “Human Alexa,” giving up the purity of the name to the evil robot sitting in the corner.

Amazon is even causing its own customers problems. There are reports of people moving their voice assistants away from their TVs because every time an Amazon commercial plays, the AI turns on and asks for interpretation.

A spokesperson told the Wall Street Journal Amazon plans on altering its commercials so they don’t wake up potentially thousands of devices around the world.

Amazon’s speaker is always listening for the word “Alexa” to wake it from its sleep. The assistant does allow users to change that word to “Amazon,” “Echo,” and now “computer,” but few are aware of that problem-solving feature.