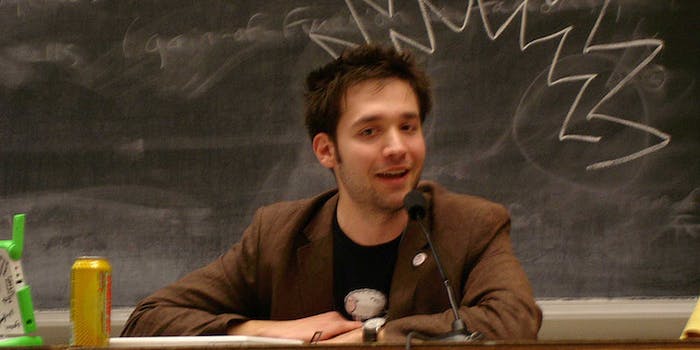 Could you tell people / About your time on Reddit / Using a haiku?

Could you tell people

The website’s cofounder Alexis Ohanian decided to give it a try.

On June 6, Ohanian hosted an AMA in r/books. The session was not only meant to mark the site’s upcoming 8th birthday, but also to raise interest in Ohanian’s new book, Without Their Permission: How the 21st Century Will Be Made, Not Managed, scheduled to be published in October.

To keep the session interesting, Ohanian answered all questions lobbed at him in the form of a haiku.

How did you and Steve first draw users to the site? (preggit)

What do you think will cause Reddit’s eventual downfall? (rezinball)

We won’t pull a digg

At least we’re open source but

Hello Alexis—How much did hosting cost for this site 8 years ago? (Dr_Frederick)

Not sure, but I know it was

Cheaper than our rent”

Of course, several redditors didn’t want Ohanian to have all the fun. Some of them posed their questions as haikus, with Ohanian responding in kind.

Rising in its place?

We are open source

I have no question

That can be arranged

Upvote for you, sir

But that’s OK as long as

No kittens are harmed

What are your 5 favorite longest words? (flarpy59)

“Why do you hate me?


The Daily Dot’s subreddit, r/dailydot, highlights the most interesting and important discussions from around the social news site every day.