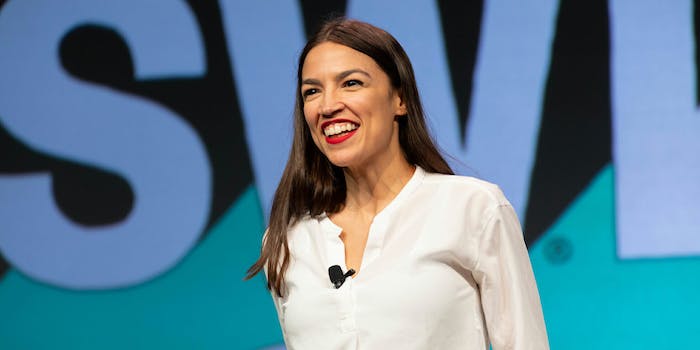 She's aiming to raise awareness about the Raise the Wage Act.

Rep. Alexandria Ocasio-Cortez (D-N.Y.) will bartend at a restaurant in her district this week to help bring awareness to the fight to raise the minimum wage, according to a new report.

Ocasio-Cortez, who waited tables and bartended before running for office, will work on Friday as part of an event organized by Restaurant Opportunities Centers (ROC) United, according to the New York Daily News.

The lawmaker is showing support for the Raise the Wage Act, a bill in the House of Representatives that would raise the federal minimum wage to $15 per hour. She is also pushing New York to no longer allow tipped workers to be paid below minimum wage.

“We’re very grateful for our partnership with Rep. Alexandria Ocasio-Cortez, who fully understands the struggles of these workers,” Saru Jayaraman, the co-counder of ROC, told the news outlet. “As a former tipped worker, Rep. Ocasio-Cortez can shed light on the importance of One Fair Wage to lift up these workers and their families.”

Ocasio-Cortez is one of the more than 200 cosponsors of the Raise the Wage Act and has advocated for a $15 federal minimum wage on Twitter.

You can read all of the New York Daily News report here.

The location Ocasio-Cortez will bartend at has not been revealed yet.