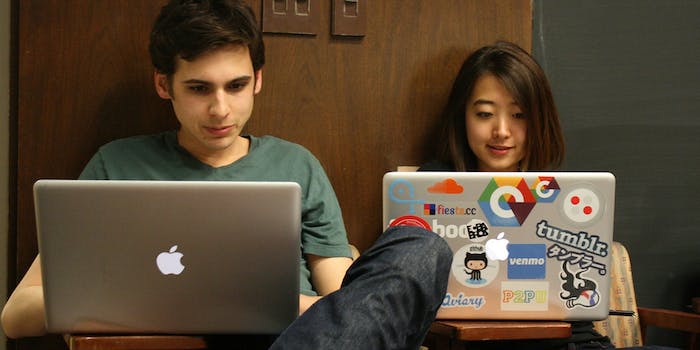 This coding tool is like spell-check, but for racism, sexism, and homophobia

Alex will let you know when your code is inappropriate.

Alex is like your personal spell-check, but for potentially offensive or harmful language. It’s a script created by Holland developer Titus Wormer that automatically checks text and suggests more appropriate options for the words you’re using.

The JavasSript tool checks 218 patterns of language and suggests edits in real time. For instance, changing “master” to “primary,” “slave” to “replica,” and “maiden name” to “birth name.” He began the project a month ago, and it was inspired by a tweet from a developer of color who called out offensive terms.

Dunno how I feel about using the terms "Master" and "Slave" for describing various concepts in Software Engineering. #blackdeveloperproblems

In order to figure out which loaded language to tag in the tool, Wormer said he did extensive research, and only programmed the tool to highlight subtly harmful language. Because words like “slut” and other profane words for women and people of color are obviously offensive and loaded terms, he didn’t include them in the initial build. (He caught some flack for that from commenters on 4chan, and said he will add suggestions to edit clearly derogatory language.)

“[I gathered the list] by reading up on what people find offensive,” Wormer told the Daily Dot via email. “I searched the Internet for… ‘gender equality writing,’ ‘bias-free writing,’ ‘considerate writing,’ ‘ableist language,’ ‘gender free writing,’ and other lists.” He also provided resources to this research at the bottom of Alex’s website.

Beyond the subtleties like using male-gendered pronouns while writing code or other texts, it’s not uncommon to find inappropriate language in open-source code. GitHub is rife with racist, sexist, and other derogatory terms inside code submitted by members of the tech community. To help combat offensive code, GitHub established an Open Code of Conduct for open-source communities designed to outline appropriate behavior and help people recognize and deal with harmful speech and harassment. And likewise, people are encouraged to suggest additions to Alex through email, Twitter, or GitHub.

Alex isn’t just a tool for programmers, however. Wormer said it can be used for many other types of writing.

Wormer does add the caveat that Alex isn’t perfect, and might suggest changing a word when there’s no error—but when it does suggest stronger phrasing, it should force people to change their wording, or at least rethink the words they’re using to be more inclusive.